We have this wonderful fire pit in the backyard.  It’s the only successful outdoor project I’ve ever accomplished (never mind that you’d have to be carried off by wolves halfway through in order NOT to succeed at something so simple).  I just dug a wide, shallow hole in the grass and then ringed it with the biggest rocks I could find.

It’s so great to have a spot for a campfire.  Little kids roast marshmallows 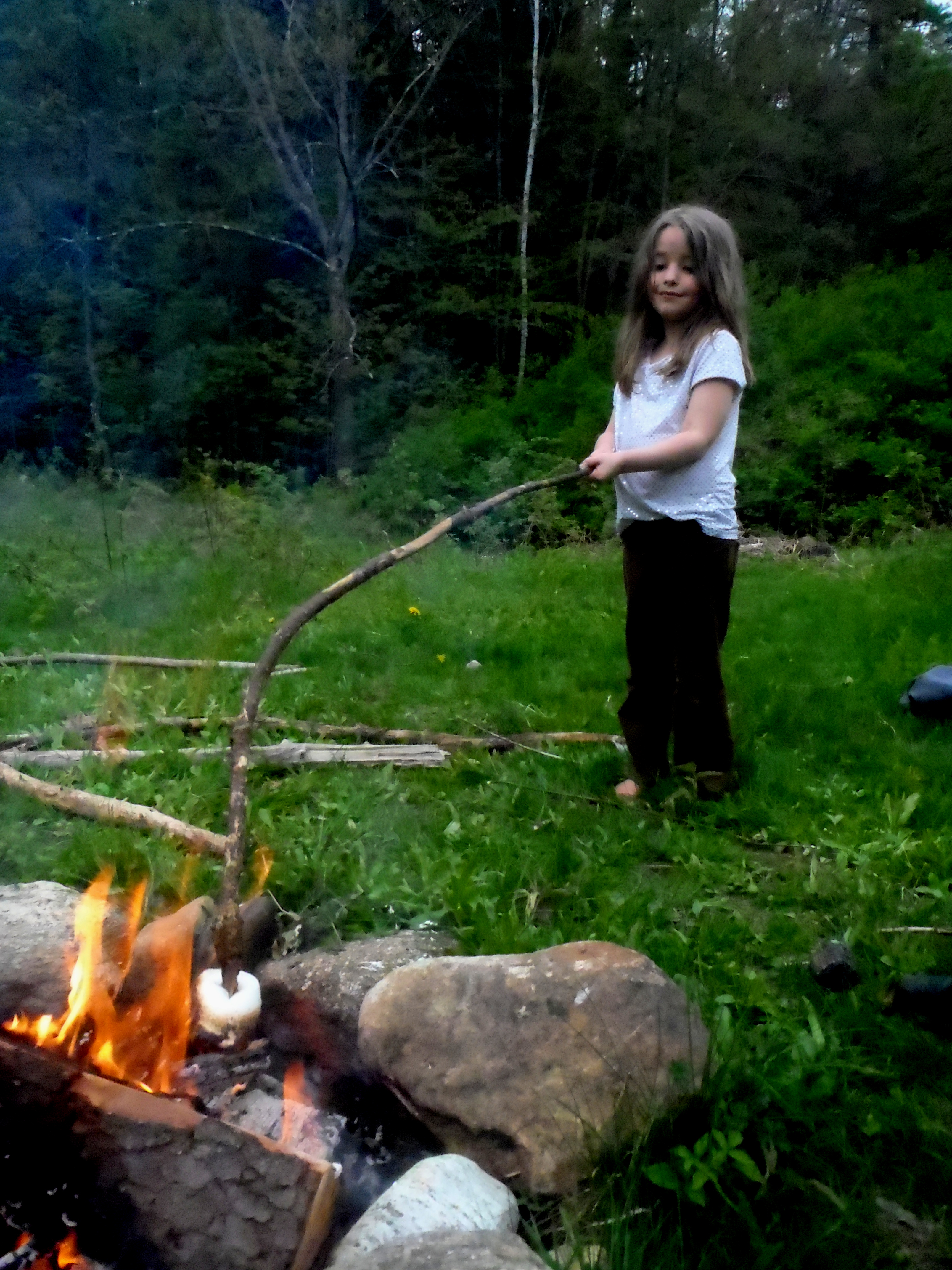 medium kids loll around it feeling cool, and adults wait until the kids go to bed so they can relax with a couple of beers and finally have a chance to spend a little private time together, so we can . . . talk about the kids.

The only thing really lacking is a comfortable seating arrangement.  I know, I know — we’re outdoors, so how comfortable is it supposed to get?  But I figure when one is pregnant with one’s ninth child, one is allowed to seek out comfort pretty much all the time.

On the other hand, the last thing I want is more stuff cluttering up the yard.  Our property already looks like it’s waiting for FEMA  to come and assess the damage.  This situation is the result of my enlightened, progressive philosophy of radically unstructured childhood 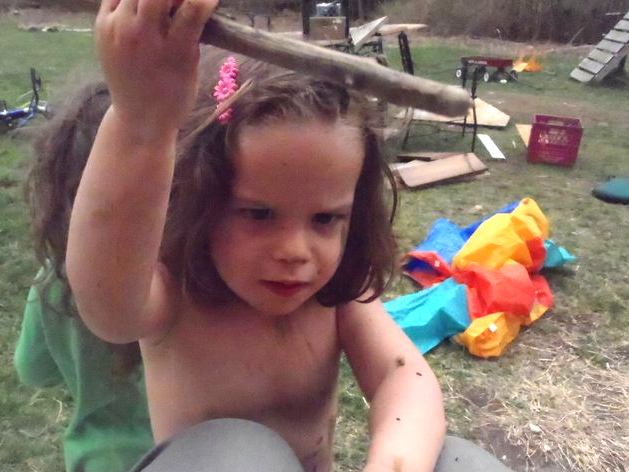 which means that I can feel GOOD about snarling at the kids to go outside and play with their bits of wood because Mama is doing research. 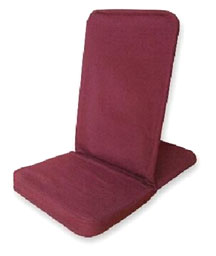 except made out of grass.  Lo and behold, there is actually a kit for such a thing!

But it seems to be out of stock.  So I says to myself, “Do I really want to pay for specialized cardboard anyway?  How hard could this actually be?”  And of course it turns out there are DIY plans for a grass couch, although the photo 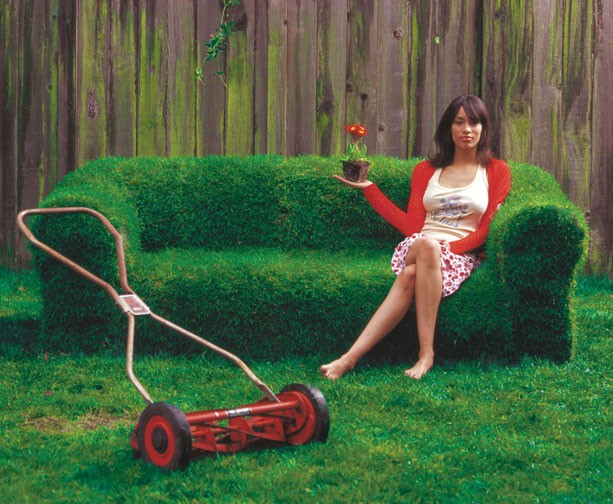 is clearly a big fat, photoshopped lie.  On the other hand, any project that concludes, “Once the sod has taken root, remove the chopsticks” certainly sounds like something we would find ourselves involved with.  On the other other hand, it also seems to involve measuring stuff.  So that’s out. 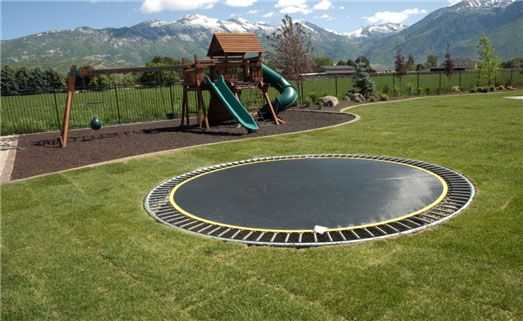 but we cycled through that terrain of stupidity pretty quickly and emerged unscathed on the other side (not that it’s not an incredibly awesome idea, which it is, but because the way it would work out at our house would have all of the usual jammed fingers and shattered clavicles associated with normal trampolines, plus a live burial or two).

But my next idea after that was to pick up one of those free couches from the side of the road and just cover it with dirt and chicken wire, throw some grass seed on, and see what happens next time it rains.

Usually, my husband considers it one of his primary duties to talk me out of bringing other people’s vermin into the house — so in the past, he’s been against the idea of one of these road couches.  But what if, this time, it was supposed to be covered with bugs?

But honestly, I don’t actually want a whole couch.  I just want a little back rest, so there will be something to catch me if I have a second beer.  So now I’m thinking, what if we pick up a couple of wooden kitchen chairs from a yard sale, chop off or maybe even bury the legs, and make some kind of stupid fortification around it with stakes and chicken wire, and then fill it with dirt and grass seed?  Huh, huh, what about that?

Someone either talk me out of this, or tell me exactly what I need to do to make this happen, please!  It’s either this or I start thinking about raising ducks again.