Or, Why You Should Have a Bunch of Weird Kids and a Giant Dog.

I had to run to the pharmacy, and when I got  home, this is what met me in the driveway. 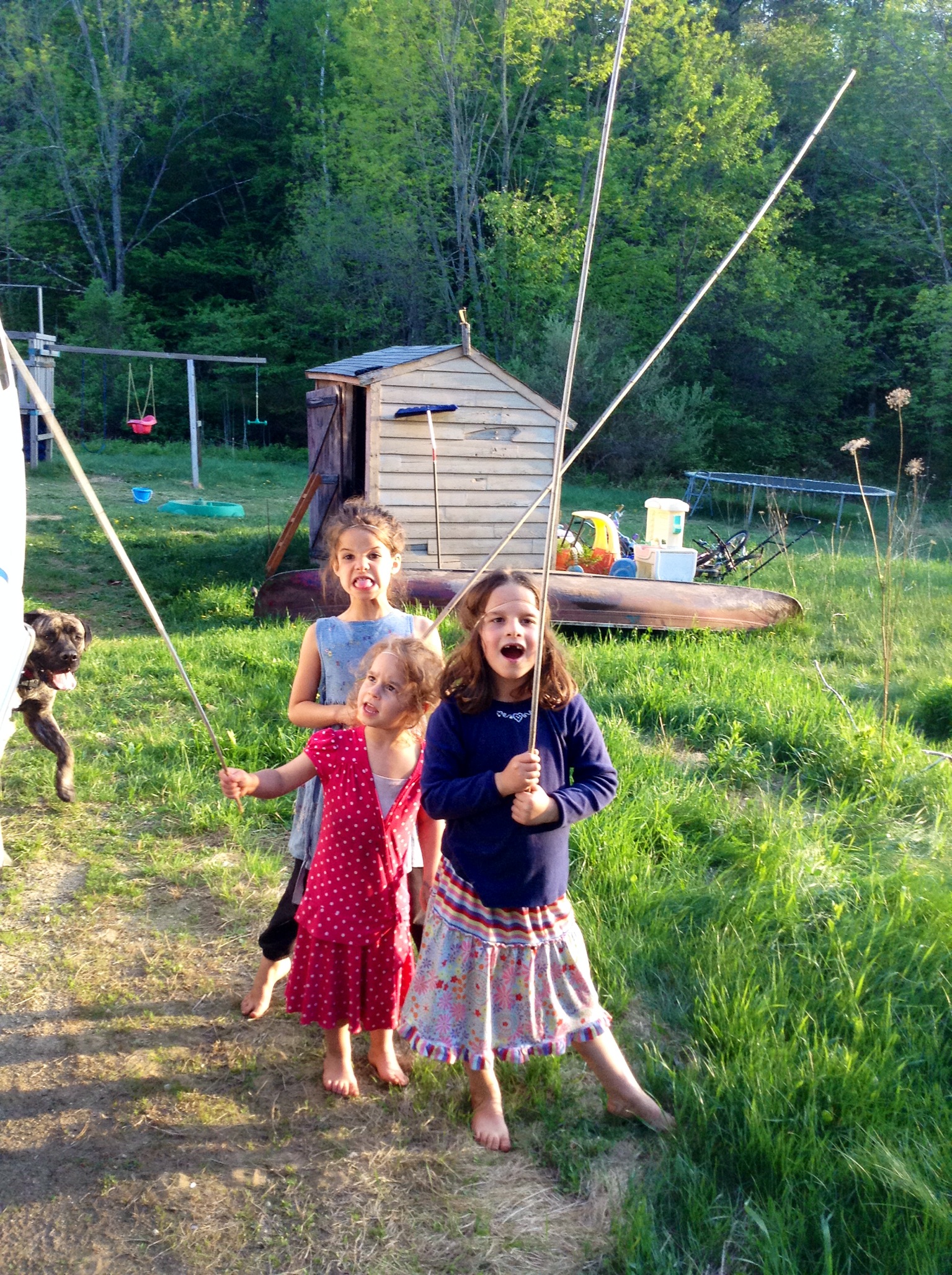 The little one shouted, “WE ARE RUBBERBANDIANS, AND HAVE SPEARS!”

Note that they all have rubber bands on their foreheads (or, as the three-year-old calls them, “our brains.” 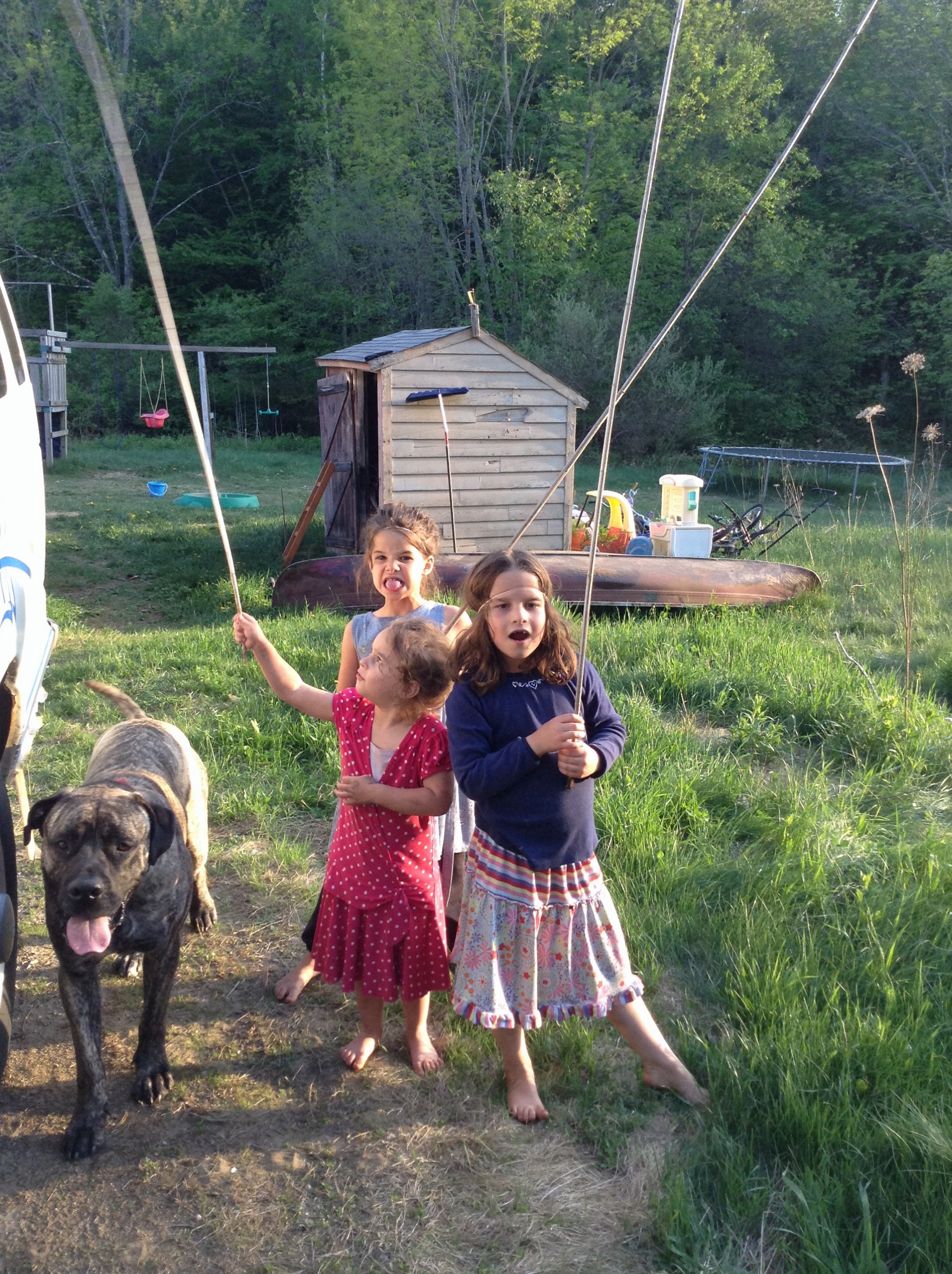 Also note the progress of the dog. We sometimes sing the Little Mermaid song in Boomer’s voice, and it goes, “ME WANT TO BE WHERE THE PEOPLE BE.” 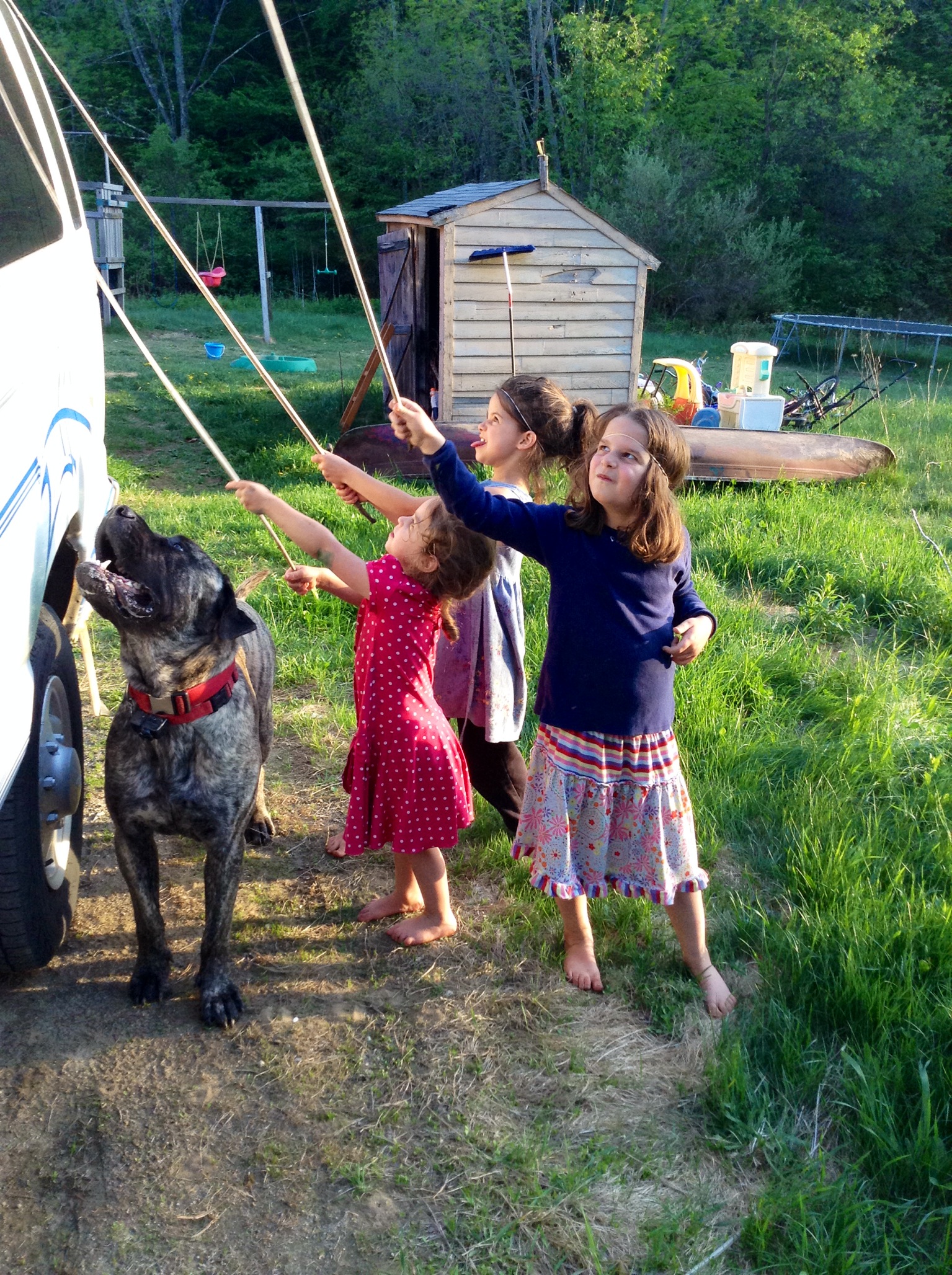 The dog did not have a rubber band on his brain, but he totally would have gone along with it, if that’s what his girls wanted. 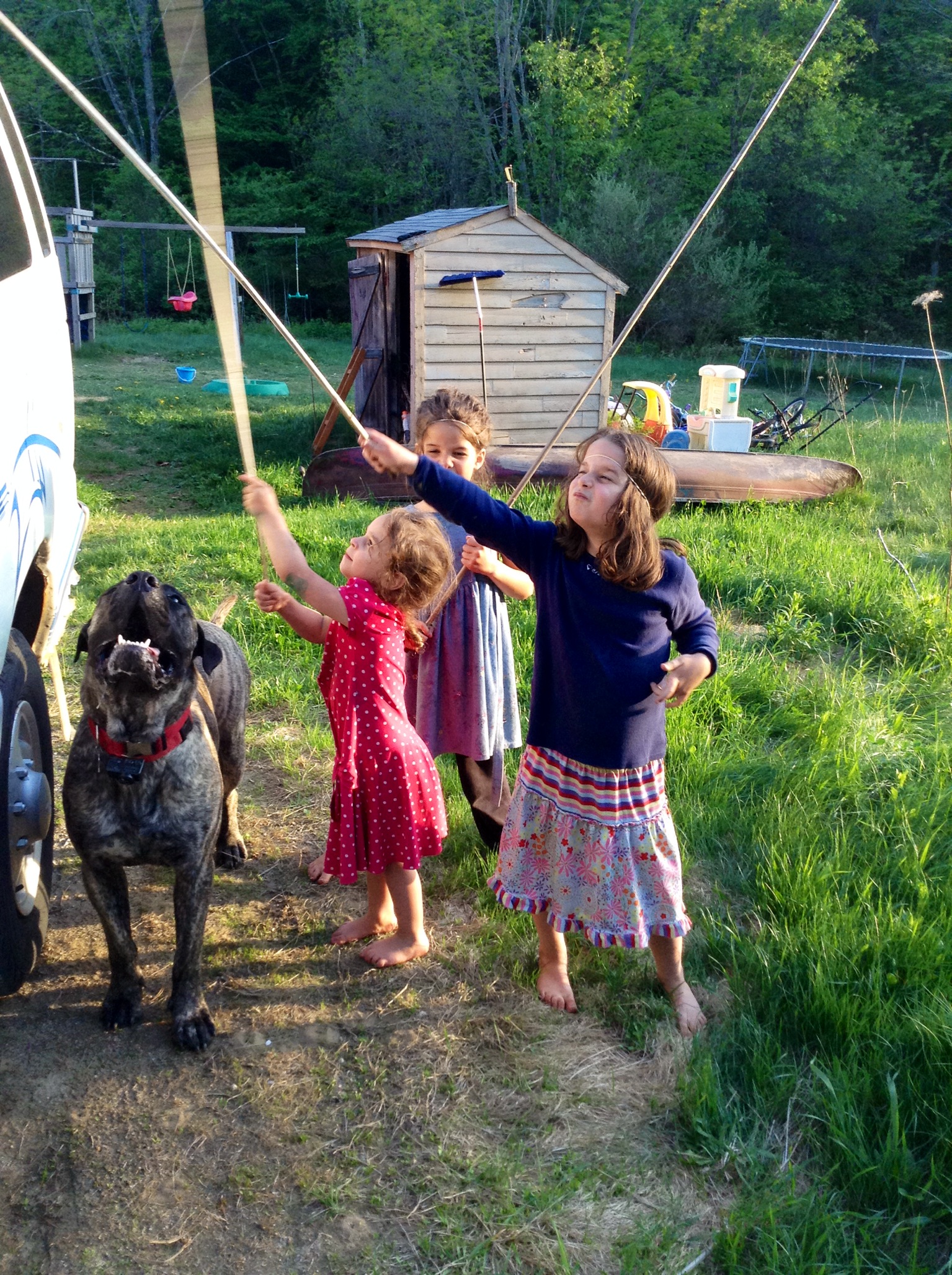 Even if it would have left a mark. Which it did. 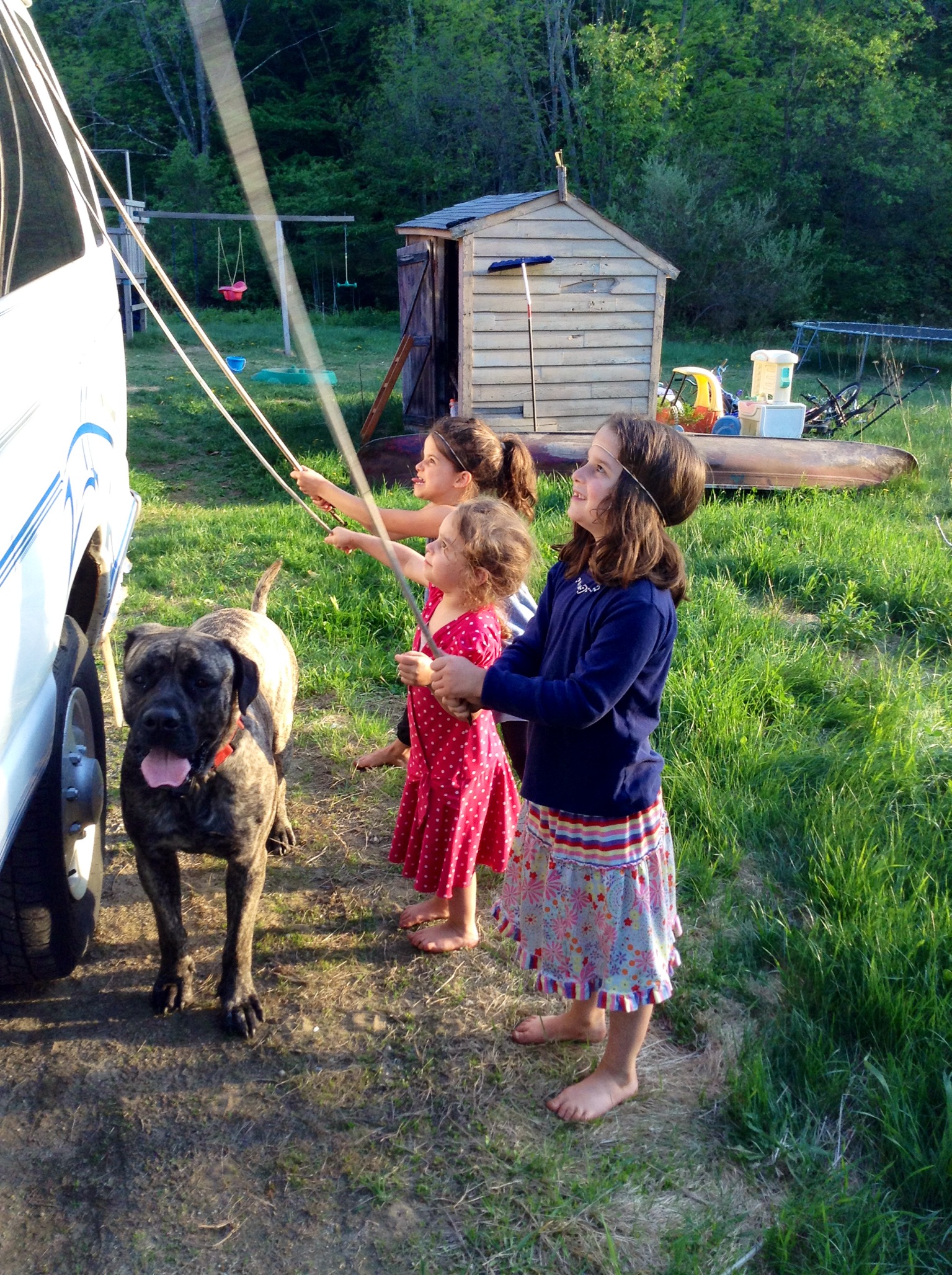