Trust women, not the CDC 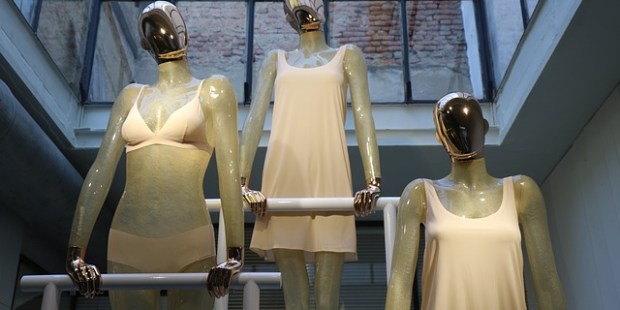 Share
Print
Simcha Fisher | Feb 04, 2016
In one of those rare, slightly alarming confluences of sisterly outrage, women of every political stripe are coming together and flipping a huge bird to the CDC, who yesterday proclaimed that women of childbearing age shouldn’t drink at all unless they’re using contraception.

When women drink excessively while pregnant, the CDC explains, their babies are sometimes born with Fetal Alcohol Syndrome, which is a dreadful, irreversible, pervasive disorder with a host of physical, developmental, intellectual, and behavioral problems. Since we don’t perform experiments on unborn babies, we can’t say exactly how much alcohol is too much; so the CDC has decided that no amount of drinking can be considered safe.

They are saying that if you have a glass of wine on Friday night so you can sleep for once, that puts you in the same category as the sorority girl blacking out in a pool of Jägermeister and someone else’s vomit because she’s too dumb to notice that, after hosting the entire rugby team one night, she hasn’t gotten her period in six months.

It’s hard to even list the problems with thinking this way. But I’ll try!

#1. It tells us that women are too dumb to make reasonable decisions about how they behave. Yes, some women are stupid and irresponsible and awful. These women need to be told, in the simplest terms, that they need to shape up or horrible things will happen (and they may or may not listen). But there are a lot more women who are capable of assessing the risk of a particular situation and making a choice that makes sense.

Everything we do as human beings with free will, while we’re pregnant or not, is a risk/benefit assessment. Sometimes, the health benefits of an occasional drink are greater than the risk, and we need to trust women to make these decisions sensibly. Saying, “No level of drinking is safe” is a way of saying, “We don’t trust you to figure out what’s safe.”

#2. It tells us that women are too dumb to know if they’re likely to be pregnant or not. Yes, surprises happen. Yes, accidents happen. But, dammit, they happen to us. That makes us the ones who should be in charge of knowing whether or not we’re likely to be pregnant. If there are great swaths of women who have no idea how their bodies work, then maybe the CDC should be making statements like, “The educational system in our country has been a colossal failure; let’s all head over to the nearest NaPro doctor or Marquette instructor and learn the basic facts about reproduction.”

#3. It taps into our lingering Puritan neurosis about alcohol being the debbil. Where’s the recommendation that potentially fertile women avoid taking ibuprofen, or smoking, or travelling to countries with iffy water, or eating deli meat? These are all things that can cause mild, moderate, or severe birth defects. Heck, where’s the recommendation that women get all contracepted up before they even consider skiing or skydiving? Or driving in a car? These are dangerous activities, and if you do them while you’re pregnant, you could hurt your baby. Happens all the time. Where’s the outrage?

#4. It treats women as if they’re just walking potential pregnancies. This is the one that really brings women together from the left and the right. It doesn’t matter how cognizant I am of the holiness and the privilege of being the bearer of life. I don’t want some government agency telling me that I have to think like an incubator from puberty until I’m safely dried up.

#5. It tells society that pregnancy is a horrible, scary, emergency situation that can descend on you at any time without warning for no reason, and you need to completely turn your life upside down on the slim chance that you might even be at risk of falling prey to this catastrophic situation.

#6 It’s just the updated version of “autism is caused by cold mothers.” It feeds into the belief that perfect, healthy baby specimens can be had if these selfish, lazy women would just do everything right. It puts unbearable pressure on women to follow constantly-shifting, incredibly demanding guidelines for “best odds” outcome, and that if baby isn’t perfect, mama must have done something wrong. And it further cements the idea that imperfect babies are not to be tolerated.

#7. It’s so extreme, it will backfire. We all know that our mothers and grandmothers drank through pregnancy, and we may have done so ourselves. But we may easily not know anyone with FAS. This doesn’t prove anything; but it’s hard to resist the conclusion that someone is probably exaggerating . . .and can probably be disregarded. When someone keeps shrieking in my ear that a rock is about to fall on my head, and a rock never, ever falls on my head, I will assume that the shrieker is some kind of idiot — and I’ll be less careful even when there are actual rocks in actual danger of falling.

These are just a few objections that spring to mind. I’m sure you can supply more.

So . . .  why would the CDC say what it said? What could possibly be the point of making a statement that doesn’t make good medical sense, is guaranteed to alienate tons of women, and is very unlikely to be followed — and will, in fact, likely backfire and not reduce the number of babies born with FAS?

I’m about to sound paranoid.

I’m okay with that.

It’s part of a larger campaign to get as many women as possible on IUDs, and it has to do with money and control. The CDC does its part to make it seem like going on contraception is the default — that girls should do it as soon as they hit menarche, and that responsible, reasonable, clean, normal, American ladies are ladies who take care of their contraceptive duty.

This isn’t new. It’s been a constantly escalating propaganda effort for decades. The CDC lists all sorts of contraception that women can use. It doesn’t specify which one we should opt for, as long as we get on something, anything, asap, because YOU HAVE TO BE ON CONTRACEPTION NOW NOW NOW.

And meanwhile, from your school, from your doctor, from your TV, from your magazines, from the welfare office and the well-woman clinic and the hospital and the OB/GYN, from your blogs and social media and up, down, north, south, east, and west, everyone is telling women . . .

Sayyyy, have you considered an IUD?

Every woman of childbearing years knows this. IUDs are everywhere. We see that slender little T-shape in our sleep. I hear more about IUDs than I hear about shoes, purses, and hair products combined. They. Are. Everywhere. You might hear an occasional story about a perforated uterus emergency surgery pelvic inflammatory disease chronic infection excruciating pain pregnancy that happens anyway and goes horribly wrong, but . . .

Come on. It’s just women. These are acceptable risks we can take, right, ladies? After all, we trust you to make decisions about your body and to make sensible risk/benefit assessments. Trust women. Give women all the information they need, and then let them decide what to do with their bodies, without a bunch of paternalistic scaremongering.

As long as what they decide is to turn their money and their fertility over to Mirena or ParaGard.

“The risk is real. Why take the chance?” says CDC Principal Deputy Director Anne Schuchat, M.D. But somehow, she’s not talking about the risks women face when they let someone cram a copper wire into their uterine wall.

Because  . . . it’s just women. If one woman gets damaged, we can always find more.