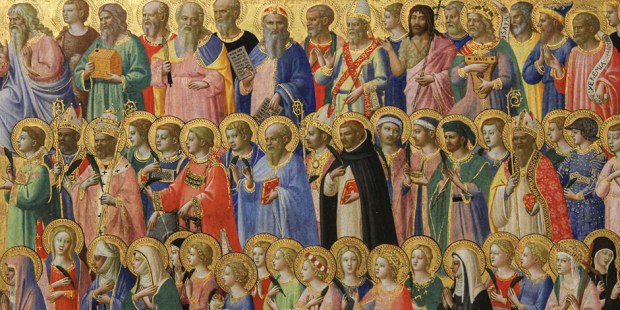 + François Noury was born in Vendôme, France, in 1598. He entered the Capuchin Franciscan order when he was twenty-one and received the religious name Agathangelo; he was ordained a priest in 1625.

+ Father Agathangelo ministered the French and Italian merchants in Aleppo, Syria, while studying Arabic. In 1633, he was sent to Cairo, Egypt, to assume control of a previously unsuccessful mission. He was later joined by other French Capuchin friars, including Father Cassian (Gudisalvo da López-Nato).

+ Father Cassian had been born in Nantes, France, and he quickly became Agathangelo’s right-hand man.

+ The friars worked toward a reconciliation with the Coptic Christians in Egypt and eventually made their way to Ethiopia, where they began to work for union with the Ethiopian Orthodox Christians. Unfortunately, because growing hostilities towards both Catholic and Protestant missionaries from Europe—as well as attempts to colonize the country by Portugal and Italy—their efforts failed.

+ Agathangelo and Cassian were arrested in early summer 1638 and taken to Gondar. The Orthodox primate of Ethiopia refused to see the friars and condemned them as having come into the country to convert the Orthodox Christians to Catholicism.

+ The two friars were offered their lives, if they would deny their faith. They refused and were executed by being hanged with the cords of their habits.

+ Blesseds Agathangelo and Cassian were beatified in 1905.

Many are the trials of the just,

but from them all the Lord will rescue them.

The Lord will keep guard over all their bones;

O God, who made the blessed Martyrs Agathangelo and Cassian outstanding heralds of the Catholic faith, grant, we pray, through their intercession, that all nations may be united in the true faith. Through our Lord Jesus Christ, your Son, who lives and reigns with you in the unity of the Holy Spirit, one God, for ever and ever. Amen.

(from The Capuchin Missal)