“Love each other in God” 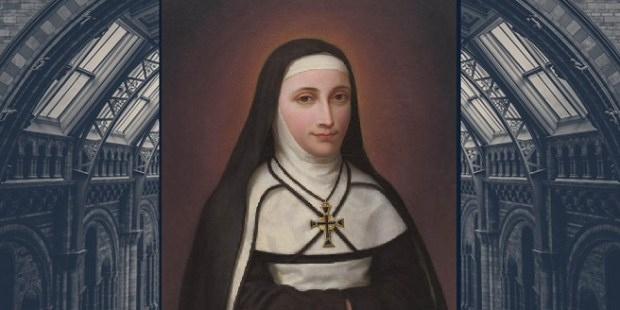 + Adéle was born to a noble family in the castle of Trenquelléon, Lot-et-Garonne, France. Because of her father’s allegiance to King Louis XVI during the outbreak of the French Revolution, the family had to flee to England in 1791. After spending time in Portugal and Spain, they returned to France in 1801.

+ As teenager, Adéle began to feel a call to religious life and wanted to join the Carmelites, but her mother convinced her to continue her discernment. In 1803, Adéle and a group of friends established a group dedicated to spiritual enrichment and study and this group came to include both laity and priests.

+ She came to learn of the work of Blessed William Joseph Chaminade. He had established a sodality similar to her own “Little Society” and the two began to correspond. By 1809, Adéle had adopted his model for her own organization.

+ By this time, Adéle had decided to enter religious life, and, with the support of Father Chaminade, she worked to establish a community of sisters known as the Daughters of Mary Immaculate (now known as the Marianist Sisters).

+ In religious life, she was known as Sister Marie of the Conception.

+ In the years that followed, the sisters dedicated themselves to a way of life that combined apostolic service with the contemplative spirit of the Carmelites (the Order that Adéle had thought about entering years before).

+ In 1825, her health began to decline and Father Chaminade asked her to limit her ministry. Adéle, nevertheless, continued to correspond widely with her religious siters and to work for their canonical approval.

“To love each other in God, for God, and because of God is to be sure of lasting love.”—Blessed Adèle de Batz de Trenquelléon

O God, who called blessed Adéle to seek your Kingdom in this world through the pursuit of perfect charity, grant, we pray, through her intercession that we may advance with joyful spirit along the way of love. Through our Lord Jesus Christ, your Son, who lives and reigns with you in the unity of the Holy Spirit, one God, for ever and ever. Amen.

(from The Roman Missal: Common of Holy Men and Women—For Religious)