Patron Saint of Diseases of the Throat 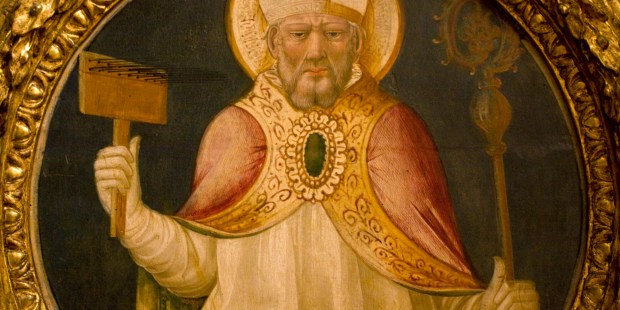 + As a young man, Blaise studied philosophy and eventually became a physician.

+ After being ordained a priest, he was named bishop of Sebaste, Armenia (modern-day Sivas, Turkey).

+ In 316, Blaise was arrested and imprisoned by the governor Agricolus. After suffering extreme tortures, he was beheaded.

+ For centuries, Saint Blaise has been invoked as a patron saint of those suffering from diseases of the throat. According to legend, as Blaise was being taken to prison, a mother whose child was choking to death implored his aid. Through is intercession, the child was saved.

+ Because he was known for his kindness to animals (including miraculous healings for animals who were ill), Saint Blaise is also known as a patron saint of animals and veterinarians.

“Consider how the Lord served, and see what kind of servants he bids us to be. He gave his own life as a ransom for many; he ransomed us.”—Saint Augustine of Hippo

February 3 is the anniversary of the death of the Servant of God Mary Elizabeth Lange, founder of the Oblate Sisters of Providence, the first religious community for women of African descent in the United States. An immigrant, Mother Lange established schools in poor communities in and around Baltimore for African American children. Mother Lange died in Baltimore in 1882.

Hear, O Lord, the supplications your people make
under the patronage of the Martyr Saint Blaise,
and grant that they may rejoice in peace in this present life,
and find help for life eternal.
Through our Lord Jesus Christ, your Son,
who lives and reigns with you in the unity of the Holy Spirit,
one God, for ever and ever. Amen.