Monday, March 2
Saint of the Day: St. Agnes of Prague

Patron Saint of the Czech Republic 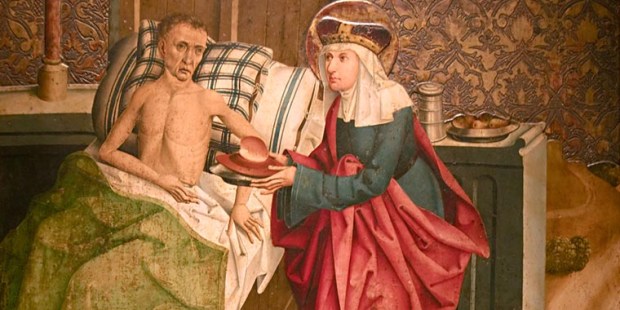 + Agnes was the daughter of the king of Bohemia and a member of the family that included Saint Ludmilla, Saint Wenceslaus, and Saint Elizabeth of Hungary.

+ When Agnes was three years old, she was entrusted to the duchess Saint Hedwig of Andechs and educated by the Cistercian nuns of Trzebnica. Agnes was also later educated by the Premonstransian (Norbertine) canonesses in Prague.

+ Agnes was used as a political pawn by her father, who arranged two marriages for his daughter with European rulers. Agnes, now a teenager, refused to be used in this way and decided to devote her life to prayer and charity.

+ After establishing a hospital (1232-1233) on land donated by her brother, the king of Bohemia, she invited Franciscan friars to care for the sick and poor.

+ During this period, Agnes learned about the “Poor Ladies of Assisi” (now known as the Poor Clares) and she began to correspond with Saint Clare. The two wrote to one another for more than 20 years and these letters are a primary source of our understanding of the theology and spiritual of Saint Clare and the first members of the Poor Clare community. She would eventually send nuns to support Agnes in her work and Agnes entered the order in 1236.

+ As a nun, Agnes cared for the poor and lepers, even after she was elected abbess of her monastery.

+ Saint Agnes of Prague died in 1282. Although she was popularly honored as a saint immediately following her death, she was canonized only in 1989.

“Place your mind before the mirror of eternity!

Place your soul in the brilliance of glory!

Place your heart in the figure of the divine substance!

And transform your whole being into the image of the Godhead itself through contemplation!

So that you too may feel what His friends feel as they taste the hidden sweetness which God Himself has reserved from the beginning for those who love him.”

you drew Saint Agnes away from the pleasures of royalty,

and through the lowly way of the cross,

led her on the path of perfection.

Grant that, in imitation of her,

we may depreciate transitory things

and always strive after those of heaven.

(from The Franciscan Proper of Saints)