Saturday, March 21
Saint of the Day: St. Enda of Aran 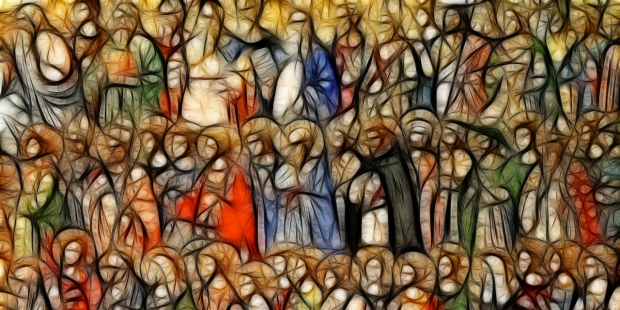 + According to legend, Enda was an Irish prince who succeeded his father, Connal Derg, as king of Oriel in Ulster. He was converted to Christianity by his sister, the abbess Saint Fanchea.

+ Through his sister’s influence, he decided to give up his dreams of glory and conquest and studied for the priesthood in Saint Ailbe’s monastery in Emly.

+ After taking monastic vows and being ordained, he was given land in the barren Aran Islands to build a monastery.

+ There, Enda established a new monastic community that would become the home of many Irish saints. For this reason, he has come to be called the “Patriarch” or “Father of Irish Monks.”

+ The monastery Enda built flourished until the time of the Viking Invasions and it was dismantled by Oliver Cromwell’s souldiers in the 1650s and the stones used for fortifications. Today, only scattered ruins remains.

“‘If anyone wishes to follow me, let him deny himself.’ This is not a command for virgins to obey and brides to ignore, for widows and not for married women, for monks and not for married men, or for the clergy and not for the laity. No, the whole Church, the entire body, all the members in their distinct and varied functions, must follow Christ.”—Saint Augustine of Hippo,

Grant us, O Lord, that amid the uncertainties of this world we may cling with all our heart to the things of heaven, for through the Abbot blessed Enda you have given us a model of evangelical perfection. Through our Lord Jesus Christ, your Son, who lives and reigns with you in the unity of the Holy Spirit, one God, for ever and ever. Amen.