Sunday, June 28
Saint of the Day: St. Irenaeus of Lyons 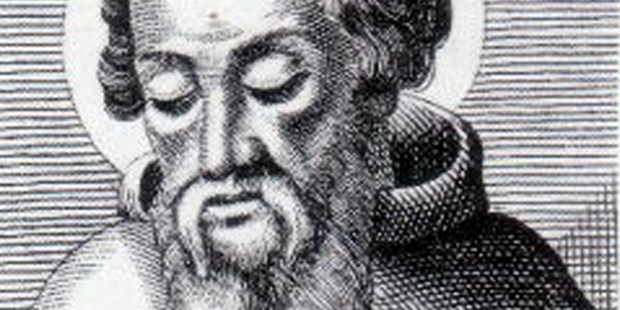 + Irenaeus was born around the year 110 and was educated in Smyrna where he became a disciple of the great martyr and bishop Saint Polycarp.

+ In 177, Irenaeus was ordained a priest in Lyons, France, and was elected bishop a short time later.

+ Irenaeus was a strong defender of the Faith and his writings, especially against the Gnostics, show the evolution of the Church’s understanding of the divinity and humanity of Jesus during the second century. His best-known work is his Treatise Against Heresies.

+ According to tradition, Irenaeus was martyred around the year 200. He was the most highly honored non-Italian martyr of the early Church. His shrine and relics were destroyed by Calvinists in 1562.

Before the time of Irenaeus, there was division among Christians about which versions of the Gospel were authentic and had authority and which books/letters should be included among the Christian Scriptures. Irenaeus was among the first to propose that the Gospels of Matthew, Mark, Luke, and John provided an authentic witness to the life and ministry of Jesus. In his writings, he quoted from 21 or 27 canonical New Testaments texts.

“Irenaeus did not stop at defining the concept of Tradition. His tradition, uninterrupted Tradition, is not traditionalism, because this Tradition is always enlivened from within by the Holy Spirit, who makes it live anew, causes it to be interpreted and understood in the vitality of the Church.”—Pope Benedict XVI

O God, who called the Bishop Saint Irenaeus
to confirm true doctrine and the peace of the Church,
grant, we pray, through his intercession,
that, being renewed in faith and charity,
we may always be intent on fostering unity and concord.
Through our Lord Jesus Christ, your Son,
who lives and reigns with you in the unity of the Holy Spirit,
one God, for ever and ever. Amen.