Patroness of the Franciscan Third Order 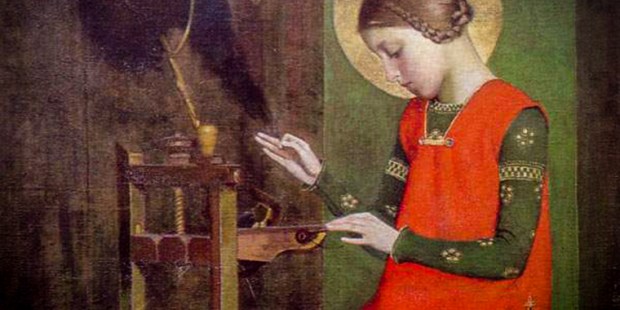 + Elizabeth was the daughter of King Alexander II of Hungary. A pious child, she was married to King Ludwig of Thuringia when she was fourteen years-old.

+ Despite her rank and position, she led a simple life, practiced penance, and devoted herself to works of charity. Her husband encouraged her piety and the couple had three children before Ludwig was killed in a crusade in 1227.

+ After her husband’s death, Elizabeth left the royal court and arranged for the care of her children. On Good Friday, 1228, she became a Franciscan Tertiary. She later built a hospital in Marburg and dedicated herself to the care of the sick until her death at the age of twenty-four in 1231.

+ Saint Elizabeth of Hungary was canonized in 1235 and is honored as one of the patron saints of the Franciscan Third Order.

“Do not conform yourselves to this age but be transformed by the renewal of your mind, that you may discern what is the will of God, what is good and pleasing and perfect.”—Romans 12:2

O God, by whose gift Saint Elizabeth of Hungary
recognized and revered Christ in the poor,
grant, through her intercession,
that we may serve with unfailing charity
the needy and those afflicted.
Through our Lord Jesus Christ, your Son,
who lives and reigns with you in the unity of the Holy Spirit,
one God, for ever and ever. Amen.