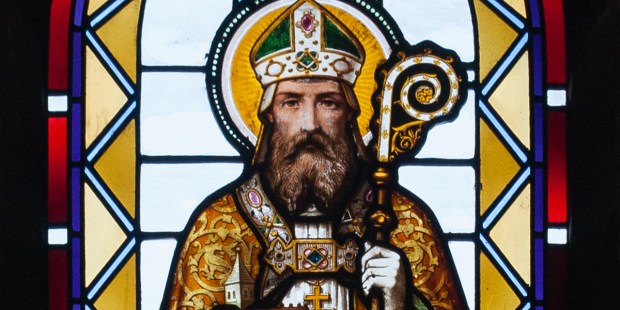 + Laurence was born in Castledermont, County Kildaire, Ireland. When he was ten years old, he was kidnapped in a raid on his family’s lands, and he spent two years as a captive.

+ After his return to his family, he was given into the care of the bishop of Glendalough (who oversaw his education) and eventually became a monk.

+ In 1154, Laurence was named abbot of Glendalough, distinguishing himself for his person holiness and charity to the poor. Eight years later, he was appointed archbishop of Dublin, becoming the first Irishman to hold that office.

+ Although he lived in a time of political unrest, he was tireless in his efforts to promote peace, and he often came under fire for his commitment to reconciliation.

+ During the Third Lateran Council (1179), Laurence was appointed papal legate to Ireland and he was able to secure the rights and privileges of Catholics in Ireland.

+ While on a mission to see King Henry II, who was seeking to seize power in the Ireland, Laurence died at St. Victor’s Abbey in Eu, Normandy, on November 14, 1180.

+ Saint Laurence O’Toole is honored as the patron saint of archdiocese of Dublin and was canonized in 1225.

“Christ commanded the apostles and their successors and gave them the power to teach all peoples, to sanctify men and women in the truth and to give them spiritual nourishment. By virtue, therefore, of the Holy Spirit who has been given to them, bishops have been constituted true and authentic teachers of the faith and have been made pontiffs and pastors.”—Second Vatican Council, Christus Dominus (2)

O God, who in blessed Laurence O’Toole were pleased to provide for your Church the example of a good shepherd, mercifully grant that through his intercession we may merit an eternal place in your pastures. Through our Lord Jesus Christ, your Son, who lives and reigns with you in the unity of the Holy Spirit, one God, for ever and ever. Amen.