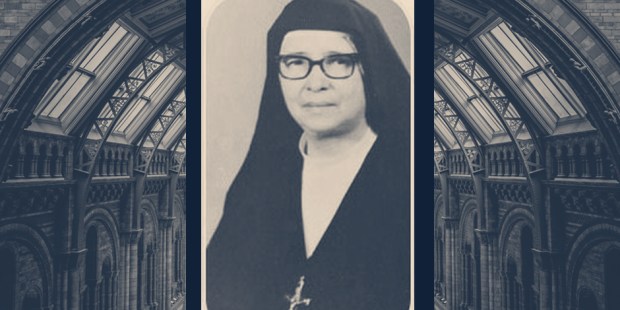 + María Romero was born in Granada, Nicaragua, and as a child she showed gifts for music and art, playing both violin and piano.

+ In 1931, María Romero traveled to San José, Costa Rica, serving as a music and art teacher. She was loved by her students and began to develop a special outreach to the poor and abandoned children.

+ Sister María Romero established recreation centers for the poor, food pantries, a school for poor girls, and a clinic. In the early 1970s she organized the construction of seven homes which formed the nucleus of village of Centro San José, a place where the poor could find decent housing.

+ María Romero Meneses died of a heart attack on July 7, 1977. She was buried in the Salesian Sisters chapel in San José and was subsequently beatified in 2002. She has come to be known as the “Social Apostle of Costa Rica.”

“With a passionate love for God and an unlimited confidence in the assistance of the Blessed Virgin Mary, Sister María Romero was an exemplary religious, apostle and mother of the poor people, who were her real favorites.”—Pope Saint John Paul II

O God, who raised up blessed María Romero in your Church to show others the way of salvation, grant us, by her example, so to follow Christ the master, that we may come with our neighbor into your presence. Through our Lord Jesus Christ, your Son, who lives and reigns with you in the unity of the Holy Spirit, one God, for ever and ever. Amen.