Wednesday, July 8
Saint of the Day: Sts Prisca and Aquilla

Leaders and Missionaries in the Early Church 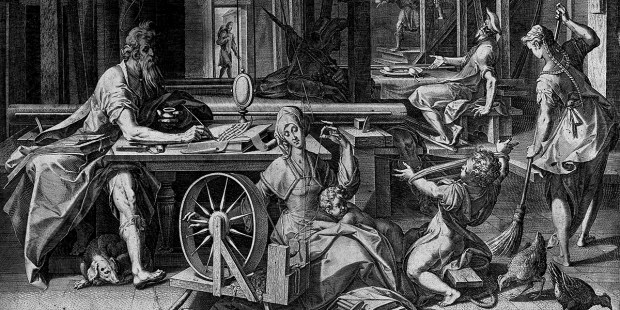 + The Acts of the Apostles tells us that when Paul left Athens for Corinth, he met Prisca (or Priscilla) and her husband, Aquila, who had recently fled Rome because the Emperor Claudius had ordered the Jews to leave the city.

+ Saint Paul stayed with them in Corinth, working with them as a tent maker (Acts 18:1-3). The couple later traveled with Paul to Ephesus, where Prisca and Aquila instructed Apollos in the faith (Acts 18:18-19, 24-26).

+ It is clear that Paul held the couple in high regard and it seems they eventually returned to Rome, because in his letter to that city, Paul greets the members of the Church who met in their home (cf. Romans 16:3-5).

+ Although nothing more is known of their lives, it seems that at some point they returned to Ephesus and the Roman Martyrology states that they died in Asia Minor, although a later legend said they were martyred in Rome.

“Together with the gratitude of the early Church, of which St Paul speaks, we must also add our own, since thanks to the faith and apostolic commitment of the lay faithful, of families, of spouses like Priscilla and Aquila, Christianity has reached our generation.”—Pope Benedict XVI

Grant, we pray, almighty God, that the example of your Saints may spur us on to a better life, so that we, who celebrate the memory of blessed Prisca and Aquila, may also imitate without ceasing their deeds. Through our Lord Jesus Christ, your Son, who lives and reigns with you in the unity of the Holy Spirit, one God, for ever and ever. Amen.

(from The Roman Missal: Common of Holy Men and Women—For Several Saints)