Wednesday, June 17
Saint of the Day: St. Rainerius of Pisa

A wandering minstrel who became a saint 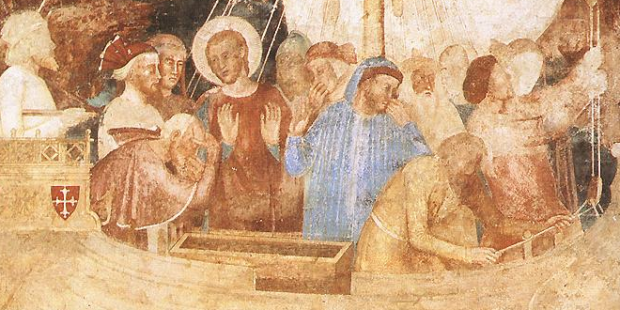 + Rainerius (or Rainero) was born in to a moderately wealthy family in Pisa, Italy. As a young man, he was more focused on fun and leisure than anything else and spent some time working as a wandering minstrel.

+ After coming into contact with the monastery of San Vito, he began to rethink the course of his life and came to regret the excesses and sins of his youth.

+ His work as a merchant took him to Palestine. There, he began to visit the places associated with the life of Jesus and to follow in the footsteps of Christ. This marked a deepening of his spiritual life.

+ Rainerius eventually became a beggar and pilgrim, spending his days praying at the various holy sites throughout the region.

+ When he returned to Pisa, the whole city came out to greet him and he made his home with the canons of Santa Maria, although he himself never took formal religious vows. He lived a life of prayer and penance and finally made his way back to the monastery of San Vito, where his conversion first began.

+ Rainerius was honored as a healer and because of his frequent use of holy water, he came to be known as Rainerius de Aqua.

+ Saint Rainerius died around the year 1161 and is honored as the patron saint of the city of Pisa.

“True doctrine was in his mouth, and no dishonesty was found upon his lips; He walked with me in integrity and uprightness, and turned many away from evil.”—Malachi 2:6

O God, who alone are holy and without whom no one is good, command, we pray, through the intercession of blessed N., that we be numbered among those who do not deserve to be deprived of your glory. Through our Lord Jesus Christ, your Son, who lives and reigns with you in the unity of the Holy Spirit, one God, for ever and ever. Amen.