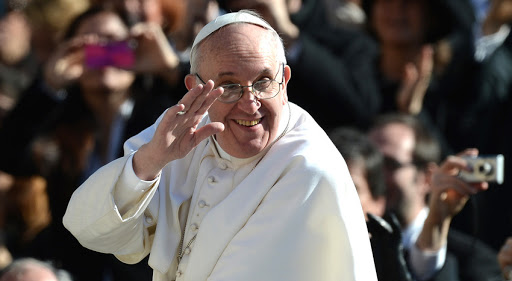 Only 2% said they are unhappy with him

The results of a new survey released by the Pew Forum on Religion and Public Life found that most US Catholics are happy with the selection of Pope Francis as the new Pope.

In the days immediately following the selection of Pope Francis as the new leader of the Roman Catholic Church, nearly three-quarters of U.S. Catholics (73%) say they are happy with his selection, including 31% who say they are very happy. One quarter of Catholics do not yet have an opinion about Francis’ selection, while just 2% express unhappiness.

Francis is the first Jesuit and the first Latin American to be elected pontiff. But in these early days, Catholics are divided over how big a change Francis represents for the church. Four-in-ten Catholics (41%) say the selection of Pope Francis represents a “major change,” while a roughly equal number (44%) see his selection as “only a minor change” for the church.
When asked about a list of possible priorities for the new pope, seven-in-ten Catholics say that addressing the sex abuse scandal should be "a top priority" for Francis. U.S. Catholics as a whole attach less importance to other possible priorities on the list. But among Catholics who say they attend Mass at least once a week, roughly equal numbers cite “standing up for traditional moral values” (65%) and “addressing the sex abuse scandal” (63%) as top priorities for the new pope. By contrast, among Catholics overall 49% say that standing up for traditional moral values should be "a top priority" for Pope Francis. Roughly four-in-ten Catholics or fewer think that spreading the Catholic faith (39%), addressing the priest shortage (36%) and reforming the Vatican bureaucracy (35%) should be top priorities for the new pope.