Japan to Re-Open Nuclear Power Plants in the Fall 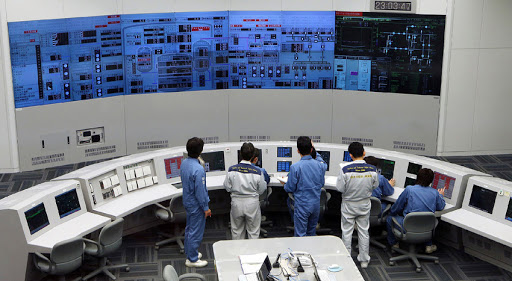 The plants were closed following the 2011 Fukushima disaster

After the Fukushima diaster in the spring of 2011, Japan closed all of it's nuclear power plants. After the introduction of new safety standards, Japan plans to bring them back online this fall. AsiaNews reports:
Japan is preparing to restart its nuclear power plants, the real engine of Japanese industrial production and closed after the Fukushima disaster on 11 March 2011. The move was announced by the Minister for  Industry Toshimitsu Motegi, who stated that "next autumn, after the launch of the new security laws, we will be ready to re-start them."
The country is one of the largest producers and consumers of atomic energy. Due to the low energy price guaranteed by nuclear technology, the Land of the Rising Sun has been able to bounce back after losing World War II and is currently the third largest economy in the world for industrial production and finance. Of the 50 stations throughout the country, 48 were closed after the disaster caused by the tsunami that hit and blew up part of the reactors in Fukushima.