Encountering Reality with Communion and Liberation 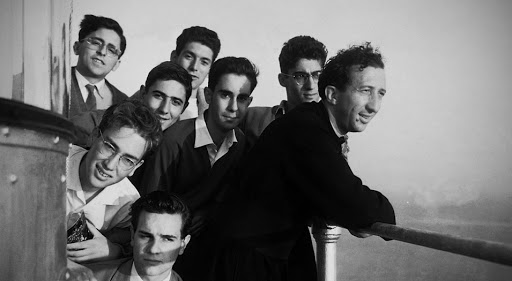 A Catholic response to the postmodern crisis

“This is not a reading club.” Without fail, this is the first thing a newcomer hears when being introduced to the Communion and Liberation (CL) meeting, known as a School of Community – the sort of gathering which members of this ecclesial community attend on a regular basis.

No, it’s not a reading club – in fact, it’s not like much of anything Catholic that I have experienced before, including twenty years of Catholic schooling, other Catholic movements, or in my work for the Church. The first noticeable difference from most other Catholic activities is that Communion and Liberation does not use traditionally religious lingo. You will not see a lot of talk about virtue, vocations, devotional practices, etc. And while CL certainly does subscribe to all of these things, this difference in language – discussing an “other” in our life and an emphasis on the “I” – points to a larger distinction about this charism. CL takes nothing for granted, not even the religious terminology commonly used by Catholics.

CL seeks to understand reality as professed by the Catholic Church. They start, however, with man himself – his desire for the infinite and the question of whether that desire is fulfilled by someone. It is not enough for those in the movement to simply say, “I believe Jesus Christ is Risen.” In Communion and Liberation, people are challenged to judge how they have concretely seen the Risen Christ themselves. The method they espouse is to question everything in light of what they can affirm from their own life experiences.

This is not as easy as it sounds. All too often, people steer into philosophical discussions or hypothetical situations when pondering questions of this magnitude. For example, one topic often discussed regards the function of memory in our lives – a topic also discussed at length by St. Augustine. This is not a catechism lesson where one learns and recites the right answer; rather, in this “school,” members learn from one another’s experiences how memory has strengthened their faith. Perhaps they hear that one person felt hopeless about a tough family situation until they remembered how the Lord had seen them or a friend through a similar situation previously. In recalling and sharing this experience, the community affirms the truth of the faith that they may already believe intellectually, but need to experience, judge, and affirm personally.

Members of CL (as well as anyone who wants to partake) freely join in this “work” each week. The School of Community is the heart of the movement. There, people of all ages, states in life, and backgrounds join together to take seriously the challenge of truly living their life for another – and for God. What do these people have in common?  A participant who has been actively involved in CL for years explains: “we are people endlessly fascinated by what’s real, what’s true, what’s good, and what’s beautiful.”


Stripping away the “BS”

“CL is Christianity without the BS. Some groups are focused on soup kitchens or outreach; we are focused on having meetings in which we denounce various kinds of BS as false – secular BS, Christian BS, even our own personal BS. Moralism, [empiricism], pietism – you name it. If it isn’t real, we’ll be honest about it,” commented a member the School of Community I attend.

Yes, even calling out other Christians and one another for “BS” is emblematic of this movement begun in Italy in the 1950s. At that time, Fr. Luigi Giussani was teaching at a high school in Milan, Italy. There he saw that the youth were not invested in their faith – either they found meaning and community through a false ideology such as Communism, or they had fallen into a state of apathy. He begun to gather young people, challenging them to explore a method of embracing the faith that was not only reasonable, but which corresponded to them, to the needs and desires they felt in their life.

Giussiani writes, “I came to believe deeply that only a faith arising from life experience and confirmed by it (and, therefore, relevant to life’s needs) could be sufficiently strong to survive in a world where everything pointed in the opposite direction, so much so that even theology for a long time had given in to a faith separated from life. Showing the relevance of faith to life’s needs, and therefore – and this ‘therefore’ is important – showing that faith is rational, implies a specific concept rationality. When we say that faith exalts rationality, we mean that faith corresponds to some fundamental, original need that all men and women feel in their hearts” (Luigi Giussani, The Risk of Education, New York 2001, pp. 11-12).

Giussani described Jesus Christ not as a belief, but rather as a Person, an event that happened to each of us. Part of our life’s work, therefore, is recognizing that Christ is present and that we can truly encounter him. This constant encounter with Christ changes everything and makes us more fully human and true to ourselves.

While it has the largest presence in Italy, CL exists in about 80 countries worldwide. In keeping with its focus on freedom, CL does not require membership to regularly take part, though there are members who make up a Fraternity, consecrated members known as Memores Domini, and the Fraternity of St. Joseph, as well as an order of priests and a congregation of Sisters.


“Beauty Will Save the World”

Events sponsored by Communion and Liberation are often on some of the last topics one would expect of a religious group. Take, for instance, Irish author John Waters talking about Rock and Roll and how it expresses man’s desire for the infinite, or thousands gathering together in New York City to learn about astronomy, listen to street performers whose normal venue is the metro system, and to follow an exhibition about the life of Flannery O’Connor.

You might question what these topics have to do with religion, but herein lies the gift of CL to the Church today: they remind us that faith is not just one part of the world we live in, but that it is reality itself. We can find the beauty of God’s creation in astronomy; we can learn more about man’s infinite desires by observing the way in which he expresses himself in music; we can look through writer Flannery O'Connor’s eyes and learn more about ourselves. It is – as a friend puts it – “a richer way of looking at life.”

Communion and Liberation espouses a passion for beauty and for living. Pope Emeritus Benedict XVI said of CL, “The Holy Spirit… raised in the Church a movement – yours – that would witness to the beauty of being Christian.”

Many have gone to CL meetings or read one of Giussani’s works and at first been utterly confused. The lingo is unique, and the work of reading a proposal of Christianity and judging in light of your own experiences (not through the lens of an ideology or pre-conceived notion) is difficult.

Not everyone will find the method of CL the perfect fit for their faith journey. Yet the rationality it brings, its emphasis on reality, and its way of seeing the entire world in light of our encounter with Jesus Christ is much needed in an era that exalts relativism. As the former Responsible for Communion and Liberation in North America is known for saying often, “It is the charism which most directly responds to the postmodern crisis.”