Dan Brown’s “Inferno”: An Anti-Catholic Manifesto for the Culture of Death 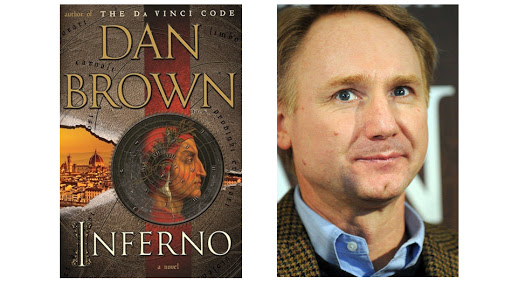 “The Vatican hates me,” Dr. Elizabeth Sinskey, Director of the World Health Organization, says at one point in Dan Brown’s new thriller, Inferno. “You too? I thought I was the only one,” replies Robert Langdon, Harvard professor of religious symbology and the main character of Brown’s novels.

“A loathing for ‘the Vatican’, i.e. for the Catholic Church, is the thread holding Dan Brown’s novels together,” charges Turin sociologist Massimo Introvigne, Director of the CESNUR (Centre for Studies on New Religions) and author of three books criticizing the American novelist’s work.

In Inferno, Introvigne explains, the key to the plot is the idea (which all the characters accept) that humanity is close to being wiped out by population growth. As another scientist explains to Langdon: “The end of our species is at the door. It will not be caused by fire and brimstone, by an apocalypse or a nuclear war … global collapse will be caused by the number of the planet’s inhabitants. Math isn’t an opinion.”

Introvigne also cites the novel’s epilogue, where Langdon reflects on the fact that “sin” exists, but isn’t the sin about which the Catholic Church speaks. Rather, it is a denial, a “global pandemic” that causes us not to think about the time bomb of global overpopulation that is ticking and that certainly will destroy mankind, distracting us and turning our attention to other less urgent problems.

“And for Dan Brown,” Introvigne goes on to say, “the Catholic Church is principally responsible for this universal ‘sin.’ It opposes mass sterilization – of which the virus spoken of in the novel is an obvious metaphor – abortion, contraception, and euthanasia.”

“It’s paradoxical that Brown raises old myths and discredited exaggerations about the overpopulation that is about to destroy humanity, precisely at a time when much of the world is suffering from precisely the opposite of overpopulation,” the sociologist says.  “Europe and Russia have two few births, not too many, and there are already too few young people to maintain adequate levels of production, consumption and contributions to pension funds for those who no longer work. The World Bank predicts that China will soon have the same problem. Africa alone, about which the novel speaks at length, could maintain a population well above the current one, through a better and more reasonable distribution of resources.”

“And so we need to ask ourselves,” Introvigne concludes, “if there is a particular reason for this return to discredited demographic myths. The Inferno virus is obviously only an invention of the novel, but since ‘denial’ and not wanting to think about the inevitable and relatively imminent (a hundred years at most) end of humanity due to overpopulation is the only real ‘sin,’ it is clear that the novel, which includes Dan Brown’s usual note that it is not ‘just’ a novel – incites people to act, through transparent hints at abortion, forced sterilization, and euthanasia. Thus, the book turns into a manifesto for what Blessed John Paul II, Benedict XVI, and Pope Francis have called the ‘Culture of Death.’”