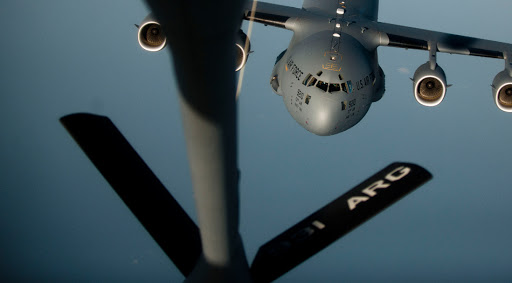 In letters to top government officials, the U.S. bishops' conference urged a public discussion on the use of unmanned targeted killings, also known as drones, and their moral implications.
“Targeted killing should, by definition, be highly discriminatory,” wrote Bishop Bishop Richard E. Pates of Des Moines, Iowa, in the May 17 letter.
“The Administration’s policy appears to extend the use of deadly force to alleged 'signature' attacks and reportedly classifies all males of a certain age as combatants,” he asked.
“Are these policies morally defensible? They seem to violate the law of war, international human rights law, and moral norms,” the bishop said.
Bishop Pates is the chair of the U.S. Conference of Catholic Bishops’ Committee on International Justice and Peace.
The letters were sent to National Security Adviser Thomas Donilon and to leaders of the Committees on Armed Services, Foreign Affairs, Foreign Relations, Homeland Security and Government Affairs, Judiciary, Oversight and Government Reform and the Select and Permanent Select Committees on Intelligence in both the House of Representatives and the Senate.
The bishop requested that these organizations reassess the use of drones, or unmanned aerial vehicles, in carrying out targeted killings.
The policy has come under public scrutiny for its use in civilian areas against non-military targets, low cost to the United States, and thus risk for overuse, increased risk of civilian casualties, and for whether or not it is a proportional response to a risk of terrorist attacks.
Bishop Pates noted that the United States and other countries have a right to defend themselves, but stated that the success of “a counter-terrorism campaign cannot be simply measured in terms of “combatants killed.”
He urged the organizations to consider the “serious moral questions” raised by drone use and requested that the administration open a “broader discussion” with the public about the morality and consequences of the drone policy.
The bishop also warned that unjust policies and high civilian casualties related to drone use “are likely to exacerbate anti-American sentiment, encourage recruitment by extremists, and undermine the international collaboration necessary to combat terrorism.”
Instead, the United states “should employ non-military assets to build peace through respect for human rights and addressing underlying injustices that terrorists unscrupulously exploit,” and help to advance “international norms, standards and restrictions” for the use of drones.
Bishop Pates challenged the government officials to create “a more comprehensive, moral and effective policy to resist terrorism,” and hoped that expressing the bishops’ concerns “will contribute to the formulation of a more comprehensive, moral and effective policy to resist terrorism.”

Originally published by Catholic News Agency on May 22nd, 2013.