Gregorian Chant: The Birthright of All Catholics 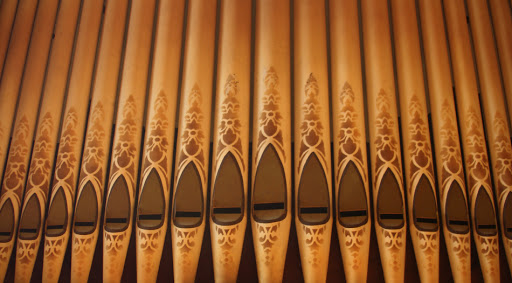 Catholics rejecting chant is like an American rejecting ‘American the Beautiful’

Last week, Father Jordi Piqué, O.S.B., dean of Rome’s Pontifical University of Saint Anselmo, announced that the Benedictine-run University has launched an M.A. degree in Gregorian chant and organ.  Endorsing the two-year program is Gianfranco Cardinal Ravasi, president of the Pontifical Council for Culture.  Saint Anselmo’s is the seat of the world’s confederation of the Benedictine Order and is known as a center for liturgical activity.  At the parish church there, the faithful sing the Ordinary of the Mass in Gregorian chant, the western Church’s artistic and musical birthright.

Cardinal Ravasi is a Renaissance man. As a high-profile, high-energy progressive thinker, he would not endorse an M.A. in chant and organ if it intimated regression for the postconciliar liturgical life of the Church.

Before his advent to Saint Anselmo’s, Father Jordi Piqué, O.S.B., lived at the Benedictine Abbey of Montserrat just northwest of Barcelona, Spain.  The Abbey school boasts of a splendid music program featuring its internationally-known boys’ choir, L’Esclonia, founded in the thirteenth century.  Youth also learn to play musical instruments, and they are often chosen by symphony orchestras to join their ranks.  Congregational singing at liturgy blends Catalan vibrancy with quiet beauty. Montserrat is a place of wonder offering visitors a pilgrimage to the famous statuary of the Black Madonna, retreats, and outdoor activity.

The leadership of Cardinal Ravasi and Father Piqué reaffirms to the Catholic and non-Catholic world the importance of Gregorian chant in the life of the Roman Church.

Similarly, we Americans own our patriotic songs, for they symbolize our prized freedom.  We assume, we expect that our national anthem and hymns such as “The Star-Spangled Banner,” “America, the Beautiful,” and “God Bless America” be honored by all Americans.  How can an American citizen fail to revere our patriotic songs? In Britain, homage is paid to the Crown with the beloved hymn, “God Save the Queen,” a venerable tribute and an integral part of British identity.

By analogy, Gregorian chant is the musical birthright of every Roman Catholic.  Almost as ancient as the Church itself, it is not the only sacred music promoted in the Church, but at the time of Vatican II, it was virtually discarded, linked to an outmoded and regressive Church.  The chant sequester has been so successful that young practicing Catholics have not only not sung it but have never heard of it as well.


The Benedictine Monks at Solesmes

The Benedictine Order of the Abbey Saint Pierre of Solesmes have cultivated and protected the chant since the founding of the Abbey in 1833 by Dom Prosper Guéranger.  The monks form one of the most renowned choral groups in the world, winning honors and recognition for its groundbreaking recordings of Gregorian chant.

As paleographers, Dom Guéranger and his fellow monks drew together the various chant editions into a coherent, scholarly, and sound body of music.  Manuscripts had been scattered in monasteries from centuries of neglect.

Often, they were handed down in corrupted form. The dedication of Solesmes to restore and renew the chant affected not only France but other countries as well, including our own.  The approach of the monks has been threefold:  academic, musical, and theological-biblical-contemplative. Their solicitude has resulted in the publication of chant books for use by the Congregation of Solesmes and beyond.  The Clear Creek Abbey in Tulsa, Oklahoma belongs to the Solesmes Congregation through the French foundation at Fontgombault.

In 1930, the monks recorded a large body of chant with more recordings to follow in 1958 and 1960.  In 1976, their recording under the direction of Dom Jean Gajard received a Grammy Award nomination.  To this day, they remain a highly respected and widely recognized choral group throughout the world. The popularity of chant may be linked to the search for the sacred in a desacralized world.

Gregorian chant is no more a museum piece than is a vintage Pinot noir from Romanée-Conti, the most prestigious guardian of the most sought after red wine in the world. Solesmes is the Romanée-Conti of Gregorian chant. It is at the Abbey that the monks have preserved the unsurpassed treasure of three thousand exquisite chants as the precious, forceful bouquet of Pinot noir has been preserved by Romanée-Conti.

The vineyard at Romanée-Conti, not far from Dijon, France, enforces strict rules to protect its special soil against frosts and from any foreign elements that might erode the unique quality of the grapes. When correction of the soil becomes necessary to maintain proper balance, correction other than by virgin soil of the vineyard is prohibited.  The wine dressers of Romanée-Conti are convinced that they have all the necessary resources from within the vineyard to make the necessary correction.  Experience has taught them that importation of foreign soil has not enriched the vineyard. Instead, it has eroded the soil, compromised the grapes, and, ultimately the wine itself (Joseph Roccasalvo, “Organ Recital”).

Likewise with Gregorian chant.  To correct centuries of liturgical passivity by the faithful, foreign elements became de rigeur.  Guitars, pianos, and anything that was banged accompanied poorly-composed melodies, promoted by church leaders.  This seismic shift jolted not only a large segment of the Church but music scholars as well.

An unintended consequence of the post-conciliar liturgy minimized or eliminated the role of the organist, many of whom lost their positions to pastoral liturgists with little or no musical training.  Today, pianos are fast displacing guitar ensembles. They too are a foreign element belonging to the concert hall and discotheque but not in the liturgy. In fact, a piano with its percussiveness and improvisational ability contributes to prayerlessness in the liturgy.

This dramatic and tragic change has deprived the faithful of experiencing the rich organ repertory despite official documents singling out the pipe organ as adding “a wonderful splendor to the Church’s ceremonies, powerfully lift[ing] up men’s mind to God and to higher things” (Catechism of the Catholic Church, #1157).  The pipe or tracker organ is known as “the king of the instruments.” When all the stops are pulled out, it produces a colossal symphonic sound, much like the effects of a Pinot noir.

The M.A. program at Saint Anselmo’s reunites the organist with Catholic liturgical practice.  This includes organ accompaniment and studying organ repertory.  Both were perfected by J.S. Bach, “the fifth evangelist.”  Through public recitals, the organ serves as a way of evangelizing the Church and the culture with the beauty and joy of music.

The pipe or tracker organ is a costly investment for parishes. Even repairing an organ can become a financial burden to them.  In many cases, pastors have resorted to pianos as substitutes for guitars as well as for organs that are in disrepair.  Protestant churches value their organs and, by extension, their organists, perhaps almost as much as their rectors or ministers.  In these faith-communions, the homily and the hymn are essential parts of the worship service.

With the renewed ecclesiology of Vatican II, it might have been wiser to make the necessary correction from within the tradition instead of admitting foreign elements that did not emerge organically from the tradition.  It might have been wiser to adapt some chants to English and rediscover the chant in a new context. Many had hoped that, by singing in a popular style, active participation would elevate liturgical worship, thus making it a beautiful experience.  We have learned otherwise.  Such is the wisdom of hindsight.

What is needed?  A renewed attitude toward the chant.  It greatly desires to be reclaimed as our very own.  As for Latin: If our diversity welcomes many languages during the liturgy, including Greek, surely Latin can and should also be readmitted to it.  Saint Anselmo’s is heeding that clarion call, for its M.A. program does not cling to the past but anticipates a new flowering of music that is “ever ancient, ever new.”

Originally published by Catholic News Agency on May 29th, 2013.