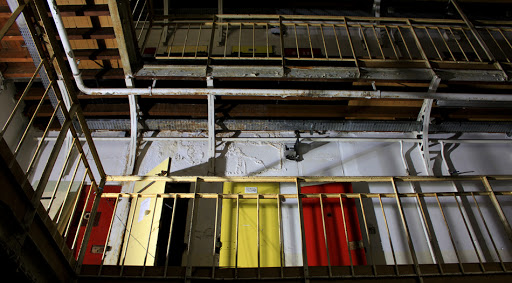 On May 30, Nigeria's House of Representatives ratified a bill that seeks to criminalize same-sex unions and any public displays of them.  Offenders, including those who witness or lend support by attending such gatherings are liable to go to jail for up to 14 years.  In passing this bill, the lower house has now completed the full cycle of a similar bill also passed by the Senate (the upper house) in November 2011.  It has now been passed to President Goodluck Jonathan to sign it into law.

Nigerians are overwhelmingly in support of this proposed law, and many are breathing a sigh of relief.  In different fora, the Senate president David Mark revealed that there have been overt and subtle pressures from other countries, especially the U.S and Britain for Nigeria not to pass the bill.  And the longer it remained pending in the lower house, the more apprehensive Nigerians became, hoping their legislators have not been compromised.

Against the background of the recent approval of same-sex “marriages” in France, the apparent “progress” in neighboring South Africa and the wind of “change” in the rest of the world, many wonder why Africa's most populous country Nigeria, its largest oil producer and the country with one of the fastest GDP growths, decides to be “retrogressive” on this one point.  They need not wonder.  The fact is that Nigerians consider the rest of the world who are towing the same-sex champion position as being retrogressive and to put it mildly, not very rational, since they have chosen to now turn common sense and right thinking on its head.

Nigerians copy a lot.  It copied the British legal system, it copies fashion styles from abroad, its singers largely mimic American pop stars and rappers (although home grown music is quite trendy), but it seems it does know when to draw the line.  It stands on its "African values" (for want of a better name, moral norms, which because they are fundamental to what we are as humans, do not need to adapt and be “progressive”).

Africans are not afraid to use the word "taboo" which in other climes might be interpreted as intolerant dogmatism.  For us it is affirmation that relativism and freedom are not absolute and that man must exercise self-control, not unleashing any and every emotion it feels.

Nigerians support the anti-gay union bill because it is the morally right thing to do, and seeing the wave of “madness” going on around the world, with each politician making this a campaign promise and racing to fulfill it, Nigerians fear the avalanche may overwhelm them if they do not execute a preemptory strike.

Homosexuality has always been taboo in Nigeria and they want it to remain so.  Thus, even when some advocates of same-sex unions (in their bid to find loopholes) argue that a new bill is an unnecessary duplication of existing laws sanctioning marriage as only that between a man and a woman, the legislators know that an explicit law calling the current trends by name, rather than relying on an antiquated generic law, will do better to nip any experimentation and unwholesome importation in the bud.

I know that a bill of this nature will provide a whipping boy to those who are wont to think of Africans as barbaric.  Soon there will be unsubstantiated rumors of people being burnt at the stake because of their sexual orientation.  Sensitivities and sensibilities will be hurt, especially by a world that now operates through a different moral compass.  Africans are not insensitive to human rights and we protect them.  Every nation has always demonstrated its independence and has sought to protect it from external agents who would impose their own criteria on it.  As the U.S is wont to do to defend its sovereignty, physically and politically, such as its refusal to subject itself to the International Criminal Court at the Hague.  No one begrudges them that.  Likewise, Africans in the main, consider homosexuality an aberration.  While we love the people with these orientations, we consider that it still remains an aberration.

Nigeria's government says that if you cannot keep these tendencies within the confines of your private life, or better still curb it and not display it in public, you go to jail.

Harsh?  Yes.  Intolerant?  No.  Prisons exist for societal misfits.  Is homosexuality a crime or a genetic disorder?  There is not room for that discussion here, but it would seem that Nigerians believe that genetics and fate have nothing to do with it, but rather a lack of self-control.