The Origin of ‘First Things’, and the Students Who Were Touched By It 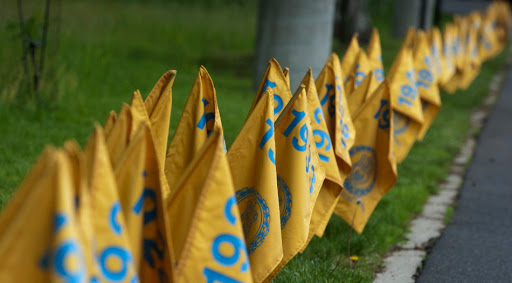 Remembering the legacy of a long-time professor

Paul Sunstein e-mailed on Wednesday. He would be back in Amherst for the forty-fifth reunion of his Class of 1968.  The 1946 babies. He is now as old as the century was when he was given to me as a “gift,” as an independent scholar working without courses, under my guidance, for his senior year.  And he would seek out that guidance persistently: he would follow me to the barbershop and sit in the next chair, keeping up the stream of conversation as the barber worked on me.

Well, we were both in town for just a few days. I’ve been away from Amherst for the spring, working on a new project on natural law in Washington. But a week earlier I had done the Commencement Address at Seton Hall, before an audience gathered in a stadium in the Meadowlands of New Jersey. My appearance was taken to mark the ascendance of the orthodox at that Catholic University – and to stir a gnashing of teeth among other members of the faculty.

Since I was in a Commencement mode, I thought I’d return for Commencement in my own, smaller college, and with the company, for the last time, of retiring friends.  Commencement is followed, a few days later, by Reunions, and that is what brought Paul Sunstein back to Amherst from his own academic enclave, teaching political theory in Michigan.

But those days of Reunions have also formed, in the past, the most joyous weekend of the year for me.  For by now, I’ve taught members of nine of the returning classes, this year from 1968 to 2008.  My first students at Amherst, all men, are now in their late 60’s.  They have more gray hair, they’ve put on weight, and they often have prostate problems.  But to me, they are still in their 20’s.  I see them as they were.  And I remember their best lines from the back-and-forth, the sallies and ripostes, in class.

Many of them had their own children graduating in this Commencement. Just a few weeks earlier, on May 8, some of my former students organized an evening in New York to celebrate the twenty-fifth+ anniversary of my book First Things, and the fortieth anniversary of the course from which that book had sprung (“Political Obligations”).  By this point we had combinations of parents and children who had been through that course.

Fr. Neuhaus would “borrow” the title of the book for a new journal, and with his gifted editorship, a community of readers would form around that journal.  In that evening in New York, Frank Beckwith and Diana Schaub (of Loyola in Baltimore) gave their own accounts of their experience teaching from that book – and of the students who had been affected in a lasting way by that teaching. On my own side, of course, the stories were legion.  Sam Rudman ‘09 was so drawn to the teaching on natural law and the arguments over abortion that he actually preceded me into the Church. Noah Silverman ’92, as a teenager, had made a summer jaunt with the Sandinistas in Nicaragua. He would become a leading pro-life staffer in the Senate, before moving on to manage congressional relations for the Republican Jewish Coalition.

Fifteen years ago a dear friend, a prominent federal judge, told me that his youngest child was interested in Amherst. He figured, he said, that if the place had tolerated me for thirty years, it couldn’t be that bad.  Well, it was that bad politically, but there was always space in which the conservative kids could find a circle in which they could comfortably settle, while preserving a bemused detachment from the currents of political correctness swirling around them.

In a dinner in Boston years ago, the Cardinal called me to his table to ask me how I could be a pro-lifer and survive at Amherst. A line keeps coming back from Jane Austen: You don’t love a place less for having suffered in it. Yes, I’ve been quite at odds politically with the currents at Amherst.  But if it’s suffering, it has been stylish suffering:  I’ve been sustained by the affection of friends who are not exactly with me on the issues of the day, and I’ve been supported generously by this College, even though its President has had to fend off, even now, the complaints of alumni who think that a self-respecting liberal college should not have to suffer my presence.