Gosnell, Vietnam, and the Language of Dehumanization 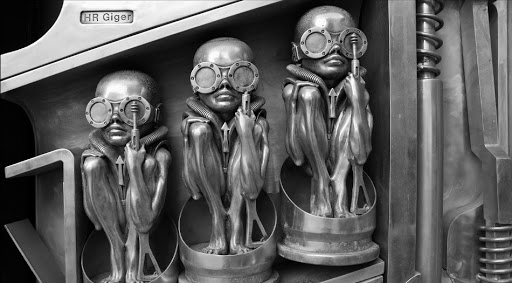 We can’t stand to acknowledge the evil, so we cover it up with euphemisms

Tim O’Brien’s award-winning The Things They Carried frequently appears on required reading lists for high school, college and graduate students. It offers a cautionary tale of how the culture of violence that developed among combat forces during the Viet Nam War permanently damaged the emotional health of those who faced the daily reality of witnessing death, inflicting death, and facing death.

As I read O’Brien’s book in light of the Kermit Gosnell trial, I am struck by the parallels between the themes of The Things They Carry and events described in the Grand Jury report concerning the Women’s Medical Society, including the corruption of language to dehumanize people, the ways the dead are regarded as mere waste, the foul smells that result with the degradation of human life, and the grotesque trophies that O’Brien’s “Greenies” and Dr. Gosnell collected.

O’Brien writes, “By slighting death, by acting, we pretended it was not the terrible thing it was… If it isn’t human, it doesn’t matter much if it’s dead. And so a VC nurse fried by napalm, was a crispy critter. A Vietnamese baby, which lay nearby, was a roasted peanut. Just a crunchie munchie.”

Similarly, in the Gosnell clinic, cutting the spinal cords of born alive babies was redefined as “snipping,” suggesting an action equivalent to taking a tag off a shirt or slacks. The reality was far worse and one of the defendants, Stephen Massof, said it was literally a beheading, sticking a scissors into the back of a baby’s neck separating the brain from the body.

Another defendant describes Gosnell’s cruel language in describing a born alive baby estimated to be at nearly 30 weeks gestation. She testified he joked that the baby was so big he could have walked to the bus stop, a jest as dehumanizing as calling nameless dead Vietnamese baby a roasted peanut.

And Dr Gosnell is not alone in using such dehumanizing language. In a recorded interview, late term abortionist LeRoy Carhart compared an unborn baby to “meat in a Crock-Pot.” Ironically, while doctors and journalists refer to “wanted” babies as babies, many in the pro-choice movement refer to “unwanted” babies as fetuses, foreign uterine matter, and similar phrases that deny unborn babies the humanity accorded their wanted brethren.

O’Brien’s narrator highlights another way those who have died are dehumanized. “In Vietnam, too, we had ways of making the dead seem not quite so dead. … By our language… we transformed bodies into piles of waste. Thus, when someone got killed, as Curt Lemon did, his body was not really a body, but rather one small bit of waste in the midst of a much wider wastage.”

We find a parallel in a report about a late term abortion in Hialeah, Florida. Investigators needed a week and three searches to find the corpse of a born alive infant. When they found her body, it was decomposed and infested with maggots. At various times the body had been hidden on the roof and later deposited into a biohazard bag in a medical-waste box in an unsanitary recovery room.

Perhaps the most memorable story of The Things They Carried is the transformation of Mary Ann Bell, from a teenage innocent to a heartless killer. Rat Kiley tells the story that “At least for a moment she seemed to be the same pretty young girl who had arrived a week earlier” but the war had deadened her sense of moral feeling: “There was no emotion in her stare, no sense of the person behind it… She had crossed to the other side. … She was wearing her culottes, her pink sweater, and a necklace of human tongues. She was dangerous. She was ready for the kill."

Rat continues that when they visited the tent of the Greenies with whom she associated, they found other grotesque trophies. “On a post at the rear of the hootch was the decayed head of a large black leopard; strips of yellow-brown skin dangled from the overhead rafters. And bones. Stacks of bones—all kinds.“

“But what hit you first … was the smell… beneath the smoke lay a deeper and much more powerful stench… Thick and numbing, like an animal’s den, a mix of blood and … excrement and the sweet-sour odor of moldering flesh—the stink of the kill.“

Similarly, the grand jury report cited the existence of dozens of jars of severed baby feet preserved as macabre souvenirs of Gosnell’s craft. When police raided his clinic, they found “discarded fetuses,“ “blood on the floor” and a smell of “urine in the air.”

If Mary Ann represents what the Viet Nam war did to the consciences of America’s Baby Boomer generation, does the Gosnell case reveal what 40 years of the loosely regulated abortion industry has done to the national character? When Roe vs. Wade was decided, were most Americans as innocent as O’Brien’s Mary Ann Bell when she first arrived in Viet Nam, as many thought the decision meant abortions would be safe and rare–and legal only in the mother’s first trimester?

Have we become, like Mary Ann, indifferent to the lives of our fellow man? Are we like the soldiers who stood by impassively while Rat Kiley tortured a baby water buffalo, shooting its knee, its ear, its mouth, and its hindquarters. Are we like the platoon that “stood there watching,” without “pity for the baby water buffalo”? Will the victims of unregulated abortion clinics, society’s most disadvantaged, primarily poor, primarily black, be to us as nameless and unmourned as those O’Brien’s soldiers labeled as crispy critters, crunchie munchies, and roasted peanuts?

I hope not, though The Atlantic, in an article headlined, Americans Don't Care About Gosnell, cites a poll that shows relatively few Americans have a deep interest in this case.

Or, alternatively, will the Gosnell case encourage legislators to follow the example of European countries that ban late term abortions or at the very least motivate regulators to hold abortion facilities accountable for their actions, as is now happening in Ohio, Illinois, Pennsylvania, Delaware, Florida, and Maryland, shut down those clinics like Gosnell’s and punish their owners, who for the sake of profit, subject poor women and their unborn children to unsanitary, unsafe, and deadly medical procedures.