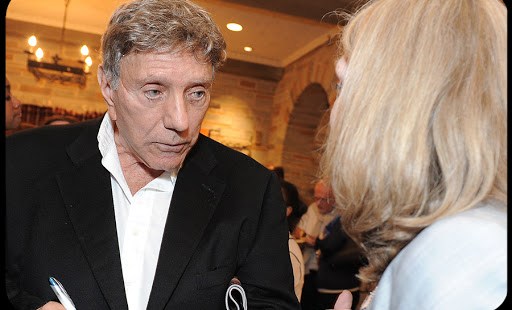 In an interview with EWTN’s "The World Over’s" Raymond Arroyo, The Exorcist author and 1950 graduate, William Blatty spoke about the reasons for the canon law petition on Georgetown University that has been submitted to the Archdiocese of Washington, D.C.’s Cardinal Donald Wuerl. The petition compiled by Blatty and The Cardinal Newman Society addresses numerous scandals at the University and whether it can continue to describe itself as Catholic.

I love the Georgetown that I graduated from. Along comes a new Georgetown. This is a Georgetown where I don’t recognize it anymore…. We’re trying to help them retain [their Catholic identity] and recapture it by going back to doing what they used to do, what they were intended to do from their origination, which is to nourish and strengthen the Catholic student’s faith…their formation, and provide them along the way with the tools to defend it intellectually and through reason. We’re hoping they comply with that. This process is very much akin to trying to pressure someone that you love very much into going into rehab, and they can do that by recapturing their original intent, their original beauty as a defender of the faith and nourisher of the faith, as opposed to what they seem to be now.


Asked which of the events at the University was most upsetting to him, Blatty pointed to the University’s invitation to Department of Health and Human Service’s Secretary Kathleen Sebelius to be a commencement speaker last year. Said Blatty:

It’s one thing to invite who you want to speak to your campus. They honored her by making her a commencement speaker. This is a woman, who as Governor of Kansas, is so fiercely and aggressively pro-abortion that she was actually forbidden by her bishop to receive Communion. She vetoed every abortion bill safeguard bill that came across her desk. This [is who the] University chooses to address, at commencement, the graduates.


"Students tell us they get hooted at, ridiculed, and called stupid because of their faith…. It’s a Potemkin village," added Blatty. "This is the oldest Catholic university in America. We want them to become better, honest, and more Catholic."