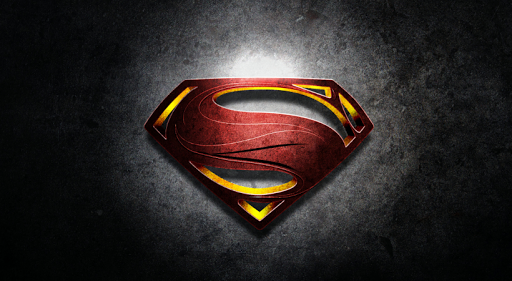 A Superman film done right, honoring the true spirit of the character

Perhaps I'm not the best person to consult for an objective review of Man of Steel. To say comic books (or ‘graphic novels,’ if it makes you feel better) meant a lot to me while growing up is a bit of an understatement. While my family has, by the grace of God, become of a group of people I’m proud to call my own (and vice-versa, hopefully), that wasn’t always the case during my pre-adolescent days. Let’s just say that back then, we were never the family others pointed to as something to aspire to. That being the case, I often had to look outside the home for examples of virtue, and I hit the jackpot when I discovered comics.

Along with all the vicarious thrills and escapism to be found in those four color fantasies full of spandex-clad super folk beating up on each other, I also discovered valuable lessons in character. And you have to admit it was quite a colorful group of teachers, what with Spider-Man teaching responsibility, Batman presenting perseverance, Captain America demonstrating devotion to an ideal, and Wonder Woman nurturing compassion. But in the end, of course, one character stood above the rest when it came to embodying virtue. Strength tempered by restraint, power checked by humility, the ability to do most anything put to the service of truth and justice; you know who I’m talking about. And even though a lot of the times his stories weren’t the most exciting ones being published, it never changed the fact that he represented the ideal. Superman was… Superman.

So you see, because of what these characters meant to me as a child – and still do; who am I kidding? – I'm a bit more forgiving of movies based on comic books than I am with other types of films. As long as the filmmakers basically hold true to the fundamental core of the character, I'm okay with even mediocre efforts. If they make sure Daredevil expresses a little Catholic guilt or Green Lantern shows the determination of the human will in the face of fear, I’ll happily give a pass to some of the glaring faults in their respective movies. But if someone were to make a movie where Superman uncharacteristically abandoned the planet he had sworn to protect, leaving behind a pregnant Lois Lane to raise their son alone despite the fact that his super hearing would have easily detected the unborn child’s heartbeat before he left, that person would be loathsome to me.

I’m happy to say Zack Snyder gets Superman right. Yes, there are changes to the characters in Man of Steel from their old comic book incarnations. Back when I first started collecting comics, the demographics for readers still skewed mostly towards kids and young teens, and the content of the magazines reflected such. But the average comic reader these days falls somewhere between 25 and 30 years of age, so the material has matured a bit along with them. As a result, Henry Cavill's Superman spends a little more time brooding than what you're probably used to from the Man of Tomorrow. Raised by foster parents (Kevin Costner & Diane Lane) who taught him to keep his abilities hidden for fear of the possible social, political, and maybe even religious upheaval the knowledge of his existence might cause, Clark Kent spends his twenties wandering aimlessly around the Earth growing a beard, performing anonymous good deeds, and trying to determine his place in the world. It’s only when he finds himself working with a military-sponsored excavation crew in the Antarctic and a spaceship is unearthed that Clark learns who his real father was and why he was sent to Earth.

We the viewers already know, of course. Man of Steel begins with an extended sequence on the planet Krypton where we meet Clark’s birth parents, Jor-El and Lara (Russell Crowe & Ayelet Zurer). In direct violation of their government’s ban on natural birth, the pair have conceived a child and intend to send him to Earth before Krypton’s unstable core explodes. Once there, the couple’s desire is that their child will grow to be a symbol of hope for his new world, using his extraordinary abilities to lead by example. Unfortunately, in the middle of their preparations, the Kryptonian government is nearly overthrown by a coup led by the ruthless General Zod (Michael Shannon), a zealot who believes the artificial birthing methods of the Kryptonians have started to become slack and are allowing too many impurities to creep in. Learning that Jor-El has taken the pure genetic codes used for the birthing chambers in order to send them safely to Earth with his baby, Zod attacks and murders Jor-El, but is too late to stop the space ship carrying young Kal-El from blasting off. Even as he is sentenced to centuries of imprisonment within the Phantom Zone, Zod vows to escape, retrieve the codes, and punish Kal-El for his father’s actions. The entire sequence on Krypton is one of the best science fiction set pieces I’ve seen in a long time, visually stunning and extremely effective in its communication of an alien culture. I can easily see any number of sci-fi authors lining up begging Snyder to direct adaptations of their work after seeing this.

Anyway, as might be expected, Zod does indeed escape and makes his way to Earth along with his small band of followers. Upon their arrival, the Kryptonians deliver an ultimatum to the world to surrender the hidden Kal-El to them or face total annihilation. Still unsure if the time is right to reveal himself to a potentially hostile mankind, Clark consults a priest on what his next step should be. Given the rather unique and unheard of circumstances, the good cleric can offer Clark the only advice possible: take a leap of faith and trust that mankind will eventually recognize him for who he is. Accepting the cup placed before him, Clark surrenders himself to the authorities so that he may be turned over to Zod, fulfilling his father’s wishes by becoming a willing sacrifice so that the world may be saved. Oh, and did I mention Clark is sure to inform his distrusting human captors that he has been walking amongst them for thirty-three years? Yes, the parallels are that blatant.

In a recent interview with Metro, director Zack Snyder commented on the biblical allusions of his film. “I think the relationship between Jesus and Superman is not a thing we invented in this film; it is a thing that has been talked about since the creation of Superman” – an amazing thing, really, given that Superman was created by two nice Jewish kids.

But then again, maybe not. As Fr. Richard John Neuhaus once wrote, “The Gospel of Jesus Christ is what some literary critics call a meta-narrative. It is the story that encompasses all the other stories that we tell about the world, and about ourselves in the world. It is not one more story within the many stories of the world. It is the story of the world, of which all other stories are a part.” Perhaps it’s really not all that surprising that a character who so embodies the Beatitudes should have such obvious parallels to Jesus.

Obviously, though, the parallels only go so far. Once Zod has Clark in his clutches, he naturally decides to destroy the world anyway, forcing Clark to forego his sacrifice and battle the now super-powered villain across the planet. And if you’ve seen any of Snyder’s other films such as 300 or Watchmen, then you know once it’s time to break out the special effects. You won’t be disappointed. As much as I adore the Donner Superman films, the action sequences in Man of Steel are how you’ve always envisioned a Superman fight scene should be. Though they come close to dragging on a bit too long, the spectacle of the super-throwdowns alone is almost enough to make the movie worth seeing.

But, again, what ultimately makes Man of Steel a winner is that Snyder honors the character. Clark may start out the movie in downtrodden hipster mode, but once he accepts his mission as Superman, he comes to embody the ideals that inspire us. Ignore the naysayers on this one. Truth, justice, and the American way are in good hands.