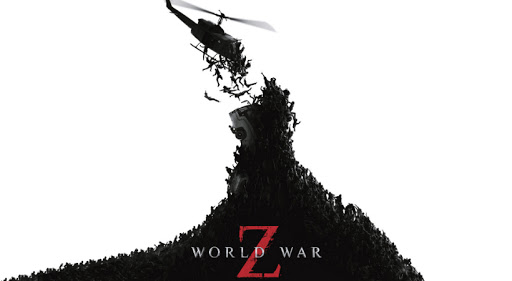 Not the debacle it reportedly could have been, but not a particularly great movie either

Let’s go ahead and get the obvious question out of the way: is World War Z the cinematic catastrophe that all of the overwhelmingly bad pre-release press would lead folks to believe? The short answer is no… it's not that bad. Despite the production debacle described in the recent June edition of Vanity Fair, World War Z is a perfectly OK film. Not great – not even good in some parts – but okay. Now if someone were to ask whether or not a $200 million blockbuster starring two-time “Sexiest Man Alive” Brad Pitt should just merely be "OK", well, that’s a conversation worth having. But to stick with the original question, the movie is not a complete disaster.

The next most likely question would be whether the film's story closely follows the acclaimed best-selling novel by Max Brooks from which it was adapted? The answer to this, alas, is also a big “no.” Rather than being a compelling collection of vignettes detailing how various people and communities around the globe cope with a zombie pandemic, the film version of World War Z instead treads the tried and true (and eventually problematic) path of choosing a hero and following him as he tries to save the world. The movie starts innocuously enough at a breakfast table as former U.N. troubleshooter Gerry Lane (Brad Pitt in sexy unshaven mode) and his slightly adorable family prepare to take a vacation, an idea they surely would have abandoned if they had only been paying better attention to the increasingly concerned newscasters on their television. They weren’t, though, so driving into downtown Philadelphia unaware of the chaos enveloping the planet, the family quickly find themselves trapped in their car as hordes of seemingly rabid people literally pour into the streets, viciously biting anyone within reach. As his family attempts to flee the madness on foot, Gerry’s investigative nature kicks in and he stops long enough to count the seconds it takes for those bitten to convulse, get back up, and join in the attack. He estimates about twelve, give or take a second.

Having been provided with that tidbit of information, some folks might be asking just exactly what type of zombies are we dealing with in World War Z? The movie isn’t really too clear on this point at first. Much as in the film 28 Days Later, those who get bitten immediately become a zombie themselves. In fact, it’s not even made evident that the victims actually die before turning; it’s only later in the movie that we’re told that the creatures are indeed the walking dead (or perhaps “running dead” would be a better description). Somehow, the zombie virus instantly turns even the portliest of people into an instant decathlon star, able to catapult their lifeless bodies high into the air and run at speeds equal to that of any Olympian. The choice to have such athletic zombies might upset some purists who prefer George Romero style shamblers, but it’s understandable given the context of World War Z's rating. You see, these are family friendly PG-13 zombies. They're not too disgusting to look at because only those who are bitten become zombies, meaning no rotting corpses rise from the grave, and they're only interested in spreading the zombie pathogen, meaning they bite people but don’t actually eat them. Denied the usual gory trappings of the modern zombie film, World War Z has little choice but to generate thrills by turning its zombies into an unstoppable tsunami of gnashing teeth.

So if you found yourself asking beforehand why the trailers for World War Z showed veritable mountains of zombies piling all over each other in their efforts to grab a quick bite, now you know. And admittedly, even though the camera is so shaky a few times that what’s on screen becomes incomprehensible, the scenes involving the undulating hordes of undead are kind of fun. Once Gerry and his family are rescued, he is immediately drafted back into his old job (OK, the army threatens to kick his wife and kids back into zombieland if he doesn’t cooperate, but why nitpick?) and sent around the world in a desperate attempt to find the cause of the zombie virus. This, of course, puts him in more than one situation where he has to run for his life with a tidal wave of zombies right on his heels. It’s all standard summer movie action fare and it’s perfectly fine for a brainless (literally, no zombies eat any brains in this movie) evening at the theater munching popcorn.

Until the third act of the film, that is. It’s at this point a lot of people might find themselves asking what in the World War Z just happened? It’s been widely reported how studio executives saw a finished cut of the movie and demanded that the entire last 40 minutes be thrown out and rewritten, and boy does it show. After a number of narrow escapes in various international locales, Gerry finally pieces together enough information that will allow scientists to develop a weapon that the living can use to take the battle to the zombies. And it’s when he’s tasked with delivering this information to a group of doctors in Wales that World War Z suddenly decides it wants to be a horror movie. Unfortunately, it's too late for that. After watching Pitt's generic (although sexy) personality-free action hero survive a number of zombie avalanches, there’s simply zero tension in watching him try to creep past a baker’s dozen of the things walking around the halls of an office building. It doesn’t work.

Which makes a person ask, “If this was the good ending, what was the bad one?” Maybe the change in tone would have come off better if they had spent a little time earlier in the film developing Gerry into a real character, but as in most apocalyptic movies over the past few years, World War Z concentrates primarily on the spectacle of destruction rather than on the people caught up in it. And in a way, that’s not surprising. In a 2009 interview with The Guardian, Professor Barry Brummett of the University of Texas at Austin speculated that the continued popularity of movies with apocalyptic themes is a direct result of the widespread uneasiness most people are feeling due to a rapidly changing world. The seemingly unending economic woes being experienced around the globe, the shifts in political power to countries like China, the seemingly unstoppable changes in long-held social structures such as marriage – all these things and more, Brummett believes, are contributing to a general perception that the world is on the verge of complete collapse. If Brummett is correct, then movies like World War Z and their increasing concentration on the totality of destruction is nothing more than the externalization of the fears of those walking in to see them.

Is there anything to do about all those fears and the movies they produce, or are we simply stuck from here on out with relentless depictions of total devastation? For Christians, at least, the answer is simple: no matter how rough things get, our own bit of apocalyptic literature, The Book of Revelation, is pretty clear that things will work out in the end. As The Second Vatican Council document Gaudium et Spes explains, “We know neither the moment of the consummation of the earth and of man, nor the way the universe, distorted by sin, will be transformed.” But that’s fine, because “God is preparing a new dwelling and a new earth, whose happiness will surpass all the desires of peace arising in the human heart.” So for those Christians who might be growing weary of the weekly deluge of world-ending events at their local cinema, the answer is simple – get out there and let everyone know it’s all going to be okay. Once enough people get the message, then the movies will start to reflect that, and Brad Pitt can go back to being sexy AND creating characters with actual personalities. Wouldn’t that be nice?