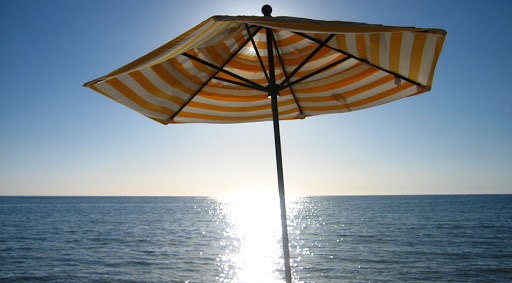 Riding the Hunger Games craze, a thoughtful and enjoyable novel with prolife themes

The setting of The Testing is a futuristic USA (renamed the United Commonwealth) after a catastrophic world war destroyed people, buildings, and geography. The new government has created small colonies of people that have spent the last number of years purifying the contaminated water, re-cultivating resources and crops, and trying to carve life out of the polluted earth. 16-year-old Cia Vale lives with her family in Five Lakes Colony (near what used to be the Great Lakes) and hopes to go to the University after she graduates. However, only the smartest and most resourceful are invited to participate in “the testing,” a series of exams that identify those capable of the University. After Cia is chosen for the testing, Cia’s dad (a University graduate) reveals to her the horrors of the experience that continually come back to him in nightmares (all the candidates had their memories erased). He ultimately counsels her to trust no one. As Cia joins her fellow candidates, she realizes that not only is every action and word being recorded, but that the consequence of failing the testing is death. Can she use her skills to survive?

Cia’s family has helped her develop virtues of hard work, compassion, and ingenuity. As the candidates around her become increasingly violent, selfish, and distrustful, Cia must use her skills to remain human. Cia recognizes human beings as special, and deserving of compassion. She refuses to kill and even when she has to shoot a mutant human in self-defense, the memory and guilt haunts her. When a candidate begins shooting a large group of human mutants unprovoked, Cia screams at him to stop.

The testing officials have no interest in the candidates’ safety or well-being and are only interested in whether they pass or fail. Violence is frequent (cross-bow attacks, suicide by hanging, a nail is shot through the eye of a boy, gun fights, poisoned and infected wounds are healed in painful ways) and is often replayed graphically in Cia’s dreams. Cia refuses to let herself become callous towards people and often assists those around her, physically dragging one candidate to the end of the test rather than leaving him to die, mourning the loss of a girl and giving her a proper burial, etc.

She continues to trust others, including Tomas who comes from the same colony. Although Cia thinks he is interested in her because she is a familiar face, their “hand-holding” friendship slowly grows into romance (with frequent kissing). Cia’s feelings and thoughts about her relationship with Tomas are not always believable but this is a minor flaw in the story as a whole.

The Testing is a fast-paced and enjoyable read. Cia’s constant attitude of compassion in the face of violence is refreshing. The second book is well set up as we finish the first right as Cia “rediscovers” the memories that she recorded into a transit communication device before her memory-erase. As she begins University, she must decide whom she can trust as she attempts to expose the truth of the United Commonwealth government. I hope the second book in the series continues to emphasize Cia’s good qualities in the face of evil and chaos.