Charity’s Rapid Growth Could Be Due to Pope’s Influence 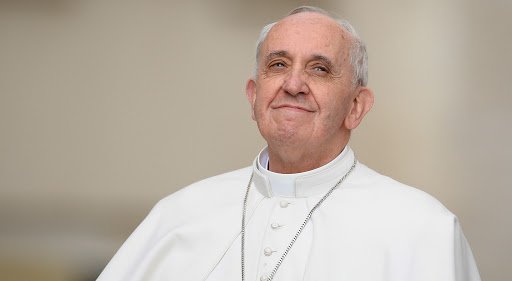 The founder of a charity that feeds nearly one million children worldwide said its rapid growth could be partly due to Pope Francis' particular emphasis on caring for the impoverished.
“The work of Mary's Meals is growing very fast and I’m sure that the hugely encouraging words of Pope Francis and the fact that he keeps pointing us back to the poor and our obligation to serve the poor is making us all think of those things more than we did before,” said founder Magnus MacFarlane-Barrow.
MacFarlane-Barrow met Pope Francis June 25 in Saint Peter's Square during his last general audience before he heads to Rio di Janeiro next month for World Youth Day.
The pontiff had heard about the charity through its supporters and MacFarlane-Barrow was invited to attend the general audience and receive a personal blessing.
Alongside his wife, the charity founder presented the Pope with the blue Mary's Meals mug. “It was wonderful and a very, very special moment for my wife and I,” he told CNA.
“It was really special and he was very interested in our family and asked how many children we had,”  MacFarlane-Barrow added. “He was very pleased to hear we have seven children and was very interested in our work of Mary’s Meals.”
The founder said when he met the pontiff he felt he was representing the “family of Mary’s Meals,” which includes thousands of people worldwide.
“I feel more encouraged than ever now to go on with this mission of feeding hungry children” he said. “Even in the last ten minutes I received so many calls from people of all over the world who really feel so excited and really feel this was a blessing for them as well.”
Mary's Meals began in 2002 in the southeastern African country of Malawi feeding a small number of children in a local school.
“We gave this work very specially to Our Lady and called it 'Mary’s Meals,'” said MacFarlane-Barrow.
Today the charity feeds over 750,000 children every day in schools worldwide. “We always link the meal to education and use the meal to draw it into school,” he explained.
The charity is based in Scotland where MacFarlane-Barrow resides, but has offices for fundraising and support across Europe including Bosnia and Herzegovina and New York.
Countries where the children are fed include India, Africa, Haiti and the Philippines.
“Our vision for the future is that every child in the world should be able to receive at least one good meal every day,” he said.
“And we really believe that it is possible in this world of plenty so that’s always what draws us on.”
The founder said the major challenge to the organization is raising awareness “and funds to feed those next children on the waiting lists because there is always more to feed.”
He also recalled that Mary’s Meals began “by accident” after he drove a truck of food to refugees in the town of Medjugorje during the war in the Balkans with his brother.
They had been moved after watching the news on television of the ongoing conflict, especially since MacFarlane-Barrow had visited the Marian shrine when he was 14.
“Over the years we came to believe that providing daily meals for the poorest children in school was the most effective way of helping them,” he said.
“And when we started that particular work we felt it was Our Lady’s work particularly and we gave it to her.”

Originally published at Catholic News Agency on 27 June 2013.  Used by permission, all other rights reserved.