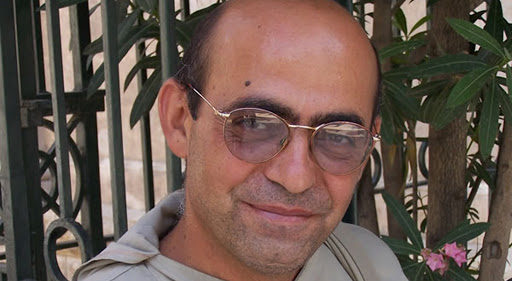 Father Francois Mourad, a monk killed last week in the ongoing violence in Syria, is being prayed for and remembered at a Mass in Rome on July 4.
The Mass, to be said by Bishop Matteo M. Zuppi, an auxiliary bishop of the Diocese of Rome, will also intercede for peace in Syria. Bishop Zuppi will say the Mass on Thursday evening at the parish of Saints Fabian and Venancio.
After the Mass, Fr. Ibrahim Alsabagh, a Franciscan of the Custody of the Holy Land, will give a testimony.
Fr. Mourad was reportedly killed on June 23 at the Franciscan monastery of Saint Anthony of Padua in Ghassenieh, a village near Jisr Ash-Shughur in northern Syria.
Father Pierbattista Pizzaballa, the Franciscan custodian of the Holy Land, told Vatican Radio that “Syria has now become a battleground not only between Syrian forces, but also between Arab countries and the international community. And those paying the price are the poor, the young and the Christians.”
“Let us pray so that this absurd and shameful war ends soon and that the people of Syria can go back to living a normal life,” he told Fides news agency.
Fr. Mourad's death occurred roughly 70 miles from Aleppo, in a contested region. Jisr Ash-Shughur is located in Idlib province near the Turkish border, between Aleppo and Latakia.
Fr. Pizzaballa said the village had been attacked by Islamist rebels and the St. Anthony of Padua Monastery gave shelter to Fr. Mourad and to some Franciscan friars, four religious sisters and ten lay Christians.
According to Vatican Radio, Fr. Pizzaballa explained that when Fr. Maroud tried to defend the sisters and others from the rebels, he was shot and killed.
A few days later, a video was posted on YouTube, and shortly thereafter on Live Leak, showing three men being beheaded. Those posting the video claimed that one of them was Fr. Mourad.
The claim has since spread, having been picked up by various other media outlets later in the week.
However, a reliable Vatican source told CNA July 2 that reports of the priest being killed by beheading are “false.”
“We can say that the sisters of his convent took his body, which was left inhumane so this is a delicate situation,” the source explained.
Another source, a Franciscan priest from the Holy Land who wished to remain unnamed for safety reasons, denied that the online video shows the murder of the priest.
He suggested that the confusion may be due to the fact that “the video was released around the same time as his death.”
Fr. Mourad was well known in the region, where he had retired several years ago to live the life of a hermit. He had finished his Franciscan novitiate for the Custody in Rome, but had left the order to live a contemplative life. He had become a Syrian citizen, the Custody of the Holy Land reports.
The 49-year-old priest had helped start construction on a monastery dedicated to St. Simeon the Stylite in Ghassanieh. After the monastery was bombed at the start of the Syrian civil war, he moved to the Franciscan monastery for his own safety and to minister to those who remained.
Archbishop Jacques B. Hindo, of the Syrian Catholic Archeparchy of Hassake-Nisibi, told Fides News Agency that he had been in contact with the priest before he was slain.
“Lately, Father Mourad sent me some messages that clearly showed how conscious he was of living in a dangerous situation, and (he) offered his life for peace in Syria and around the world,” the archbishop said.
Since the Syrian conflict began in March 2011, at least 93,000 have died and 1.5 million have become refugees in nearby countries, most of them in Jordan and Lebanon.
An additional 4.25 million Syrian people are believed to have been internally displaced by the war.
Originally published at Catholic News Agency on 03 July 2013.  Used by permission, all other rights reserved.