People Wrangling, from Apostles to Children 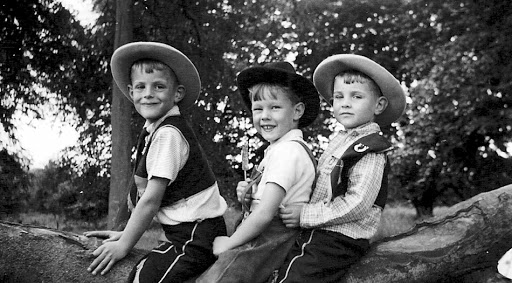 Imitating Christ through the shepherding of the family, right down to the chocolate milk

Oftentimes, when thinking about scenes from Christ’s life, I am struck by how much he and I have in common. Oh, I don’t mean the holy stuff, or the flashy stuff.  I’m still way more sinner than saint (though I keep slogging it out in the trenches), and the only miracle I’ve ever performed was coaxing our beast of a van six miles on fumes to a gas station.  What I mean is the people wrangling.

In a lot of respects, I really think that the logistical considerations of dealing with twelve adult men were very similar to those of six kids, ages eleven on down.  Sure, the Apostles were able to do things like control their own bladders and keep track of their own sandals, which probably made things much easier for Jesus, but in other respects, I’m pretty sure the Lord found himself with the same issues that face any parent of a large family.

First off, there was the bickering.  You ever want to see my kids start going at each other, bring out our only surviving Batman costume.  We have two Supermen costumes (one with thick padded muscles!), and a heap of pirate clothing, but only one Batman costume, and so when one of them takes a notion to wearing it, all the squabbling starts.  Screaming starts.  Requests for me to decide who is most deserving to be the Dark Knight are made.  And much like James and John were admonished after sending their mom to secure the best seats beside Christ in Heaven, I respond simply by saying, “This is not for me to decide.”

Then there are the petulant, contrary comments.  While the comparison is unlovely, (and if she ever read it, my daughter would be furious with me), adolescents do tend to channel their inner Judas from time to time.  Take the story of the woman with the alabaster jar: while Christ saw a profound gesture of repentance, Judas saw waste.  And while many of the disciples shared his exasperation, it was Judas alone who gave voice to his irritation.  So very much like a cranky, hormonal child in the throes of puberty, unable to see the lovely and beautiful in unexpected situations and unable to keep their thoughts to themselves.

And while Christ’s decision to walk everywhere was dictated by the technology of the time, I think he was on to something.  Walking for miles and miles through the burning desert on a daily basis will certainly cut down on the excess energy and chatter that I have to endure every time I load the kids up into the van.  If we had to walk everywhere, and the only music was from us singing the Psalms, I think trips would be a lot less frenetic.  (Also, no wrestling with car seats! ) However, once I have mine strapped in, they’re not going anywhere until the car stops.  I bet there were a few times when Jesus looked around in exasperation to realize that some Apostle or other had lagged behind or was off on an unscheduled side-trip.

But the place I feel most connected to Jesus is at the Last Supper.  This realization came to me in a flash the other day: we had met friends of ours at the beach, and after everyone had their fill of salt water and sunshine, we headed to lunch.  Now, you don’t bring eleven children and four adults into a restaurant without a little advance planning.  Just like Jesus had already located a safe spot in the upper room, my friend had already researched this restaurant to make sure it wasn’t too fancy to bring a herd of sandy, sunburnt kids.  It seemed to fit the bill, and so the next step was to survey the menu.  Just like the Last Supper had to contain a number of specific food items, so does a meal with the kids.  Grilled cheese is a must.  French fries are also traditional, but ones that are not so thick as to resemble “potato wedges”.  Drinks should be on a free refill basis, and crayons and paper, while not required, are certainly met with appreciation.

The fifteen of us filed into the restaurant, while an anxious hush fell over the wait staff.  They eyeballed the kids warily, and the rest of the customers ate their meals in a rush, wiped their mouths, and fled the scene.  Our waitress, who clearly had drawn the short straw, heaved a mighty sigh and came to ask for our drink orders.

“Um…what?”  She seemed dazed by the order.  I repeated it.

“Eleven chocolate milks.  Two diet Cokes.  Two regular Cokes.”  The waitress nodded, grateful to escape so easily.  The lunch order was much the same in terms of brevity.  The kids colored happily and sipped their chocolate milk.  The wait staff crept from the kitchen and openly stared.

When the waitress returned with our lunch (eight grilled cheeses, two cheeseburgers, two fish and chips, one Reuben and one tuna salad), she leaned close to me and whispered, “You guys are the most organized families I’ve ever seen.  It’s amazing.  We expected a total mess when you came in.  I come from a big family, and everyone there is a wreck.”  I smiled at her, thanked her for what I think was a compliment, and fifteen heads bowed in prayer as we said grace.

The restaurant grew quiet as we prayed, and then everyone dug in, famished.
Yes, I feel particularly close to Christ in those moments of people wrangling.  But I bet Jesus didn’t have to keep reminding the Apostles to close their mouths while they chewed.