Care for Parents Goes From Filial to Legal Obligation 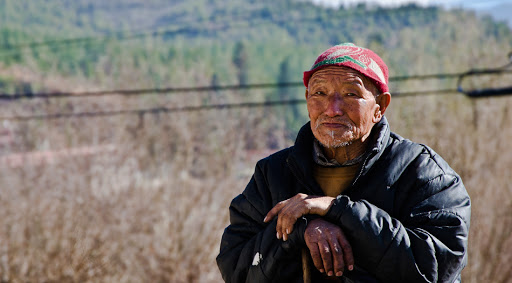 Care for parents goes from filial to legal obligation

A recent amendment to China’s law to protect the elderly, which states that young Chinese are now required to visit their aging relatives more often, is bemusing. Filial piety is a universal moral value applicable to all forms of society in all eras. It’s sad that we have to make it into a law.
In China, we have 24 well-known filial sons or daughters in history. One of them, Huang Xiang (AD68-122), whose mother died when he was nine, fanned the pillows for his father on hot summer evenings and would hop into his father’s bed to warm up the blankets in the freezing winter. Their admirable deeds are still popular stories for kids.
Moral collapse in China seems to be so prevalent nowadays that we see more and more disrespectful and negligent cases happening. Take Yantai city, with a population of 6.48 million, as an example. Statistics from the city’s elderly commission show there were 1.32 million people aged 60 or above in 2012, with 50 percent of them living alone. That aging trend continues to go upward. Some quip that more people are raising cats and dogs while fewer people want to take care of their parents.
Family conflicts, the generation gap, socio-economic pressure and other factors contribute to negligence. Just think of the 260 million migrant workers who leave their rural homes and their parents behind to work in the cities. It is not surprising that some people would feel their elderly parents are an added burden.
The government’s decision to turn filial piety, which should belong to the moral and spiritual realm, into a law, is born of helplessness. While the intention is good, with the government making sure employers grant holidays to allow family visits, the result could be counterproductive. A law is intended to constrain human behavior, but it cannot restrain the heart. Is the original intent of the law achieved if I go but have no heart to communicate with my parents?
And could this law in fact worsen parent-child relations? Take the case of a 77-year-old mother, who left her daughter and lived with her son. Angry that her daughter stopped visiting, she took her daughter to court. The verdict demanded that the daughter and her husband pay for the mother’s living expenses and visit her twice a month.
The moral duty of filial piety should be solved fundamentally through education, not law. After the Cultural Revolution (1966-1976), which caused great destruction to China’s culture of ethics, we have to rebuild our moral values and develop respect for parents and the elderly from an early age. Newlyweds should be taught to be filial sons and daughters to both their own parents and their in-laws.
And government structures at village and community levels should always encourage filial piety so that everyone knows it is glorious to be a dutiful son or daughter, and shameful to be an indifferent person.
Zhang Jian is editor of the Guanghua monthly bulletin of the Jinan diocese in China.

Originally published at
UCAnews on 12 July 2013.  Used by permission, all other rights reserved.