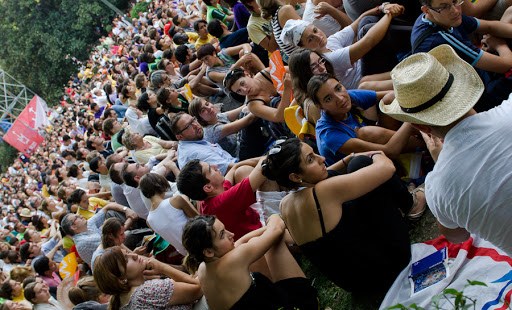 The original schedule was meant to accommodate Benedict with his ill health, but with the new Pope, plans have been “intensified and enriched”

A Vatican spokesman said the change of Popes which occurred from the announcement of World Youth Day to its fruition has caused some adaptations to the event for the new Roman Pontiff.

“The trip had already been decided, but the program has also been adapted, we might indeed say intensified and enriched with further events, with the change of pontificate,” Vatican spokesman Father Federico Lombardi said at a July 17 press conference.

“You will recall that practically the same thing happened at the last change of pontificate,” he added.

Benedict XVI’s first trip was to Cologne in his native Germany for the World Youth Day decided by his predecessor, Blessed John Paul II.

Fr. Lombardi revealed that the plan that had been drawn up for Benedict XVI was less demanding, whereas some elements have been added to Pope Francis’ trip.

These include a pilgrimage to Aparecida, a visit to the favelas and a hospital, as well as a meeting with the Latin American bishops' conference.

Fr. Lombardi said that while Pope Francis kept the same scheduled dates of July 22 to 29, his pilgrimage to Aparecida will occupy a day that had been previously intended as a day of rest.

“Of course, the Holy Father was invited by the bishops who organized and promoted World Youth Day,” Fr. Lombardi affirmed.

These include the Archbishop Orani Tempesti of Rio de Janeiro and Cardinal Damasceno Assis, archbishop of Aparecida.

He emphasized that Rousseff came to the Vatican “for the inauguration of the pontificate and met Francis the following day, explicitly inviting him to Brazil.”

“The Pope confirmed immediately, just a few days after his election, that he intended to travel to Brazil for World Youth Day, and this helped to speed up preparations,” said Fr. Lombardi.

Next week’s event in Rio de Janeiro will be the twenty-eighth World Youth Day, since Blessed John Paul II launched it in 1984.

Fr. Lombardi told journalists this will be “particularly significant in his (the Pope’s) continent, and this naturally lends it a particular sense of anticipation and participation.”

“As we know, it was not his decision to make his first trip to Latin America, but rather it was his predecessor Benedict XVI who had confirmed that World Youth Day would be held in Brazil.”

He underscored that Benedict XVI “had confirmed that 'the Pope' would be present, like in all the World Youth Days, even though the Pope in this case would not have been him.”

“Therefore, Pope Francis is assuming the legacy of Pope Benedict XVI’s pontificate in making this trip.”