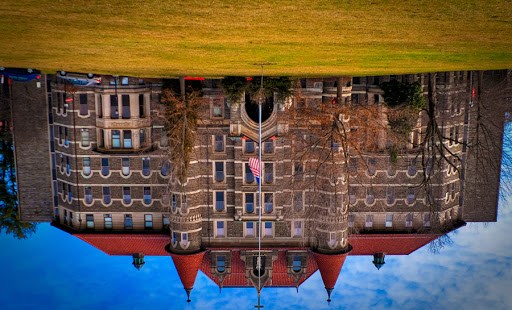 Fr. Helmut Schüller supports the ordination of women, an end to priestly celibacy, and the welcoming to communion those who are divorced and remarried

“Where has obedience got us?”

That was the question posed by Fr. Helmut Schüller in a speech at Chestnut Hill College, according to The National Catholic Reporter which covered the event.

The Cardinal Newman Society exclusively reported earlier this month that Fr. Schüller was barred from speaking at any parish or diocesan-related facility in the Archdiocese of Philadelphia because of his views that, according to the Archdiocese of Philadelphia, “diverge very seriously from Catholic belief and practice” including female ordination.

The Archdiocese released a statement earlier this month, saying that Schüller’s presence on the campus of a Catholic college “inevitably damages the unity of the local Church.” Archbishop Chaput’s concerns were communicated to the college and the Sisters of St. Joseph who run the college to no avail.

Father Schüller, founder of the Austrian Priest Initiative, was a leader in a movement that issued a “Call to Disobedience,” which advocated for the ability of divorced and remarried Catholics to receive sacraments as well as the ordination of women and married men.

Currently, Fr. Schüller is touring the United States on what’s called “The Catholic Tipping Point” tour which is being sponsored by organizations such as Call to Action, Catholics in Alliance for the Common Good, Dignity USA, Future Church, New Ways Ministry, Women’s Ordination Conference, and Voice of the Faithful among others.

The majority of the stops on the tour are on non-Catholic properties but Chestnut Hill College hosted the event anyway. Last month Cardinal Sean O’Malley reportedly barred Fr. Schüller from speaking in a parish in the Archdiocese of Boston.

"Where has obedience got us?" reportedly asked Fr. Schüller at Chestnut Hill College of about 20 priests in an afternoon session. "I feel the church often misuses obedience to keep people down."

In the evening, he reportedly spoke to about 350 people where he reiterated his call to disobedience, saying that the “hierarchy” and the “lowerarchy” are at odds. He also stated that women should be ordained priests because "the image of God is incomplete if only represented by one gender."