China Has a Surplus of Men AND ‘Leftover Women’!? 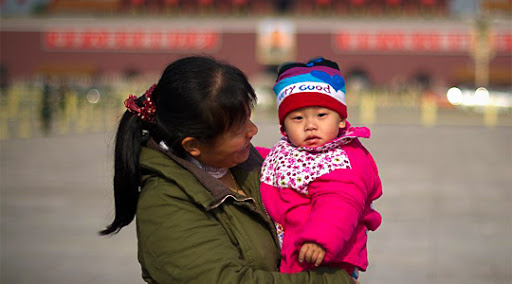 We’ve talked about the disastrous effects of the one-child policy on China’s economy, gender balance and its soul.  In fact, doing a quick search on Demography is Destiny, I see that we have talked many times about China’s demography. This is not surprising since it is the most drastic example of a country seeking to change its demographic course through governmental policy and coercion.

With so many more boys than girls being born in China since the start of the one child policy (due to abortion, infanticide and neglect of girls), you would think that the marriage market is skewed heavily in favour of girls.  So many eligible bachelors out there that any young Chinese woman could have her pick.  If that wasn’t the case, why are Chinese farmers stealing their brides from North Korea? And why is the Bride Price making becoming unaffordable for young men?

With that in mind, I was blown away by this story from Reuters – apparently certain Chinese women are finding it nearly impossible to find a suitable husband! Why? Apparently, if you are an “A grade” woman, finding a husband better than you (a must in Chinese culture apparently) is hard to do.

“As couples celebrate the ‘Qixi’ festival on Tuesday, the Chinese equivalent of Valentine's Day, Xu and millions of women like her face stark choices as long-held ideas about matrimonial hierarchy run up against economic and social changes sweeping the world's most populous country.

The term ‘shengnu’ – directly translated as ‘leftover women’ – was coined to refer to professional women who have not married by their late 20s.

‘Chinese people often think males should be higher in a relationship in every sense, including height, age, education and salary,’ Ni Lin, who hosts a popular match-making television show in Shanghai, told Reuters.

These numbers aren’t negligible either:

“In Beijing, more than a third of women in their late 20s and 30s are looking for husbands, according to the dating website Jiayuan.com. Media reports say there may be as many as 500,000 ‘leftover women’ in the capital.

There are plenty of men to go round among China's nearly 1.4 billion people but social status can conspire against single professional woman once again.”

500,00 shengnu in Beijing alone! How much does this exacerbate the problem of unmarried men of a certain age and generation in China – not only are there not enough women, but thousands of these women won’t marry either because they can’t find a suitable husband. This presumably means even fewer births in the future coming from the current generation of Chinese as many of them won’t be pairing up in marriage.

Seriously, can anyone defend this barbaric, ineffective and counterproductive one child policy?

Originally published at MercatorNet on 14 August 2013. Used with permission. All rights reserved.