Pope Celebrates Mass with Hosts Made by Argentine Prisoner 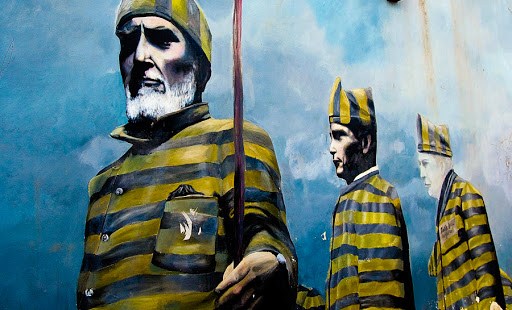 Since July 18, Pope Francis has been celebrating Mass each day in the chapel at St. Martha’s Residence with hosts made by a woman in prison in Argentina.

Since July 18, Pope Francis has been celebrating Mass each day in the chapel at St. Martha's Residence with hosts made by a woman in prison in Argentina.

Pope Francis sent a letter to the woman, known as “Gaby C,” thanking her for a previous letter that she had sent him.

“I thank you for confiding in me…and for the hosts,” the Holy Father wrote on July 17. “Starting tomorrow I will celebrate Mass with them and I assure you that I am moved. Your letter made me think, and it has led me to pray for you…but it gives me joy and assures me that you are praying for me.”

“May Jesus bless you and the Holy Virgin care for you,” Pope Francis told her, adding that he keeps the photos she sent in his office.

“This brings comfort not only to me but to my parents, who are believers, as well,” Gaby C said.

The two priests explained that the project “brought meaning to her life in captivity” and has helped her from falling into discouragement. The Benedictine Sisters of San Isidro provided her with training on how to make the hosts, and soon parishes in the diocese began placing orders.

“Gaby and the prison ministry team were immensely thrilled upon receiving the letter written by Francis. From the Vatican to the prison!” the priests said. They noted that ever since she began serving her sentence, she has endured typical hardships of female prisoners, such as harassment and mistreatment.

“There are many Gabys,” they added. “Today she is the symbol of those who are incarcerated. She is the voice of all the excluded we accompany and visit in each pavilion, in each cell.”

“We have no doubt that it is the voice of Jesus in prison in each one of them, who shouts to society to be heard, accompanied and recognized. The prison brings us the mercy of God to make heard the voices of the forgotten and marginalized, those who society refuses to look at and listen to.”