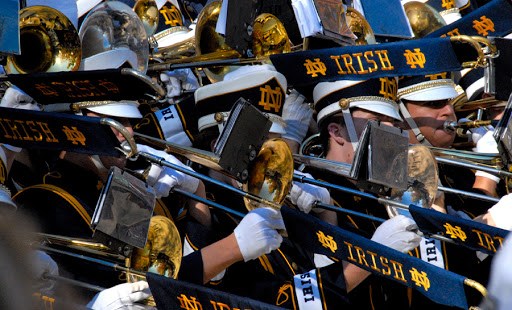 The University of Notre Dame announced that they will admit undocumented immigrants as students, according to Inside Higher Ed.

The University of Notre Dame announced that they will admit undocumented immigrants as students, according to Inside Higher Ed.

"In making the decision to admit academically qualified men and women who are undocumented," Don Bishop, associate vice president for undergraduate enrollment said in a press release from the university, "we will strengthen our incoming class and give deserving young people the chance for a Notre Dame education."

Undocumented students are not eligible to receive funds from federal student aid programs so affording Notre Dame may be a great difficulty but the Catholic university has assured that if the student qualifies academically the university will help them financially.

The university issued a press release stating, “Notre Dame is committed to meeting the full demonstrated financial need for all admitted students.”

The United States Conference of Catholic Bishops supported the DREAM Act which would have placed undocumented students, who came to the United States with their parents, on a path to citizenship and make them eligible for in-state tuition.