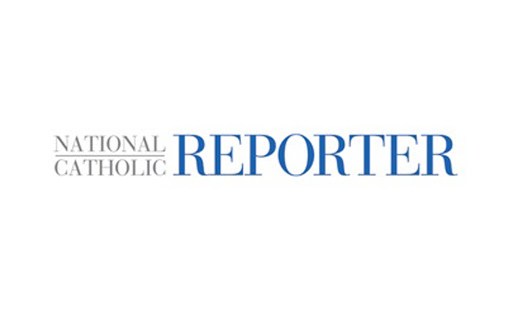 Amid continued controversy over the Catholic identity of U.S. women religious, a dissenting Catholic newspaper has been awarded a multi-million dollar grant to cover religious sisters locally and globally.

Amid continued controversy over the Catholic identity of U.S. women religious, a dissenting Catholic newspaper has been awarded a multi-million dollar grant to cover religious sisters locally and globally.

He said the grant is designed to create “what we're calling a global sisters' net.”

“The idea is a website devoted to the coverage of Catholic sisters globally,” he said. “Initially our focus is going to be on issues facing Catholic sisters in the United States and Africa. Ultimately we do have global ambitions. We have stronger networks between these two countries, so that’s where we'll start.”

“For the most part, we’re looking to improve the support systems among religious life among women. Our approach is to look at ways to make the systems work better for all women religious,” he added.

Myers noted that the grant was only recently approved by the board and the newspaper has not yet officially accepted the grant.

The National Catholic Reporter's Catholic identity has been called into question by its local bishops several times.

Bishop Robert Finn of Kansas City-St. Joseph in January 2013 said the National Catholic Reporter takes positions “against authentic Church teaching and leadership.” He said the agency's perspectives “have not changed trajectory” since October 1968.

At that time, Bishop Finn's predecessor Bishop Charles H. Helmsing condemned the newspaper for “its disregard and denial of the most sacred values of our Catholic faith,” and asked it to remove the name “Catholic” from the title.

The newspaper's editorial staff announced their dissent from Church teaching on the ordination of women in an editoral last December.

Myers declined to comment on whether or not the newspaper's history enables it to reliably cover Catholic issues.

The Hilton Foundation previously approved a $150,000 one-year grant for the National Catholic Reporter in late 2011 to assist with the planning for a project on women religious, the foundation's website says.

CNA contacted the National Catholic Reporter for comment but did not receive a response by deadline.

The newspaper's coverage and editorial writing has been highly critical of the Vatican's doctrinal assessment of the Leadership Conference of Women Religious. The conference represents 1,500 leaders of U.S. Catholic religious orders.

Myers said that the Hilton Foundation does not take a position on the controversy between the Vatican and the leadership conference.

The assessment, begun in 2008 by the Congregation for the Doctrine of the Faith, found serious theological and doctrinal errors in the presentations at the conference’s annual assemblies. It voiced concern about “certain radical feminist themes incompatible with the Catholic faith” that could distort Catholic teaching.

The assessment said that the conference’s material for new superiors and formators lacks sufficient doctrinal formation and may reinforce confusion about Church doctrine. The analysis also found that the conference is a strong advocate on many social justice issues, but has remained silent on the right to life.

In January 2011 the Congregation for the Doctrine of the Faith said that the current doctrinal and pastoral situation of the leadership conference is “grave and a matter of serious concern, also given the influence the LCWR exercises on religious congregations in other parts of the world.”

National Catholic Reporter publisher Thomas C. Fox, in an April 29 editorial, argued that the Leadership Conference of Women Religious was not “simply a group of ‘leftist’ nuns.” He challenged the accuracy and the justice of the Vatican investigation of the leadership conference, characterizing it as “Vatican muggings.”

The Conrad N. Hilton Foundation, based near Los Angeles, was founded by the Catholic hotel magnate of the same name. The foundation has long backed religious sisters and is a major funder of the Conrad N. Hilton Fund for Sisters, which in 2010 said it had awarded about $75 million in grants for the educational, health and social service ministries of religious sisters in 130 countries.

In 2013 the foundation gave a $3 million grant to the Catholic Church Extension Society of the United States to implement an exchange program for Catholic religious sisters from Latin America to come to the U.S. The foundation also gave $4.5 million to Marywood University in Pennsylvania to teach African sisters and to support graduates of the Sisters Leadership Development Initiative.

Other grant recipients include the National Religious Vocation Conference, the U.S. Conference of Catholic Bishops, Catholic Relief Services and the Archdiocese of Los Angeles. The foundation has given grants to Wyoming Catholic College, Thomas Aquinas College, Loyola Marymount University and some Los Angeles Catholic schools.