A Testimony from Goma 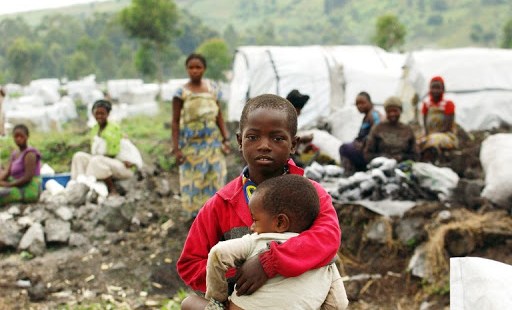 Kinshasa (Agenzia Fides) – "Life goes on, and the situation is calm. The fighting between the army and rebels of the M23 is far from the city, although from 22 to 24 August Goma was hit by long-range artillery fire" say missionary sources from Goma, capital of North Kivu (eastern Democratic Republic of Congo) to Fides Agency, which was hit last week by artillery fire that the Congolese government claims to have been fired from the territory of Rwanda.

In Goma, also in a shootout in front of the headquarters of the assault against the headquarters of MONUSCO (the UN Mission in the DRC), two protesters were killed. The population says that shooting was carried out by the Blue Helmets of the Uruguayan contingent.

"I do not know whether there is strong resentment on behalf of the population against the Blue Helmets" says our source. "It is true that it just takes someone to incite the souls in order to gather large crowds, consisting largely of young unemployed people.

The representatives of the government then sought to calm the population by explaining that the Blue Helmets are on their side and are trying to protect them from the rebels". MONUSCO has deployed 27,000 men to whom is added about 3,000 soldiers of the Brigade Intervention of the UN which has the duty to hunt down the various rebel groups in the area.

Goma also welcomes a large number of refugees from villages in the province fleeing the fighting. "Two villages of our parish have been abandoned by their inhabitants", says the missionary. "From the first village people fled due to the fighting in progress, from the second the soldiers of the Congolese army urged the inhabitants to escape because the area was not safe".

"The refugee camps of Goma welcome not only the displaced but also several people from the city because the economic conditions are difficult because of the war, and many locals go to these camps to receive humanitarian aid", say our sources.

The tension between the DRC and Rwanda with regards to the supports provided by the Kigali to the rebels of the M23 now sees further tensions with Uganda whose army made a foray in Sisi, in the territory of Mahagi, in the Eastern Province. According to Radio Okapi, the episode dates back to Sunday, August 25 when about 300 Ugandan soldiers attacked the Congolese town putting to flight Customs’ staff and border guards.

Originally published at Agenzia Fides on 27 August 2013. Used by permission. All rights reserved.