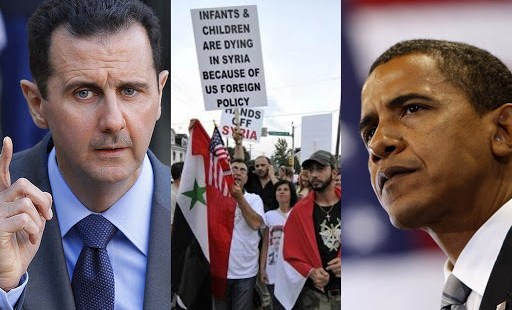 The British government has abandoned its initial plans for an anticipated vote on the country’s intervention in Syria.

Politicians are currently discussing in the House of Commons on how to proceed.

A motion has been put forward in Commons that a final vote on military intervention must be carried out after the UN inspectors have completed their investigation on the suspected chemical attacks.

However the Labour party (the major opposition in government) has not yet made a decision on whether or not they intend to support such a motion, having put its amendment to a vote. The party has demanded that before action be taken “compelling evidence” must be put forward, showing that president Assad and his regime were really responsible for last Wednesday’s chemical attacks that killed over 350 people and injured more than 3,600.

Labour party leader Ed Miliband has insisted that the UK learns “the lessons of Iraq” and gives the UN inspectors the time that they need in order to analyse the evidence and make their reports. He said that he wanted no “artificial timetable” with decisions for military action.

The British government have presented the UN’s Security Council with a draft resolution, authorising “all necessary measures to protect civilians" in Syria. They have also put together legal advice with regards to military action that they plan to publish shortly.

UK foreign minister WIlliam Hague has said that the government must move forward under a “consensual basis.” He said that the prime minister was aware of and understood the “deep concerns in this country over what happened over Iraq".

Cameron recognized that "Interfering in another country's affairs should not be undertaken except in the most exceptional circumstances. It must be a humanitarian catastrophe and it must be a last resort” he said.

However he made a plea to Commons: "by any standards, this is a humanitarian catastrophe, and if there are no consequences for it, there is nothing to stop President Bashar al-Assad and other dictators from using these weapons again and again.

"Doing nothing is a choice. It's a choice with consequences. And these consequences in my view would not just be about President Assad and his future use of chemical weapons."

Miliband said: "I'm not with those who rule out action – the horrific events unfolding in Syria do ask us to consider the options available.

"But we owe it to the Syrian people, to our own country and to the future security of our world to scrutinise any plans on the basis of the consequences they have."

Meanwhile in Britain, demonstrations against military action on Syria have been gathering momentum. Outside Downing Street hundreds of protesters of all ages are gathered together holding anti-war signs with phrases like "Hands off Syria."

The situation is similar in the US. The president is obliged by law to confer with Congress before giving the go-ahead for any military intervention.

Obama is set to speak with congress on Thursday despite the fact that both the House and Senate are on their summer break until 9 September. There have been some complaints within Congress  on the lack of disclosure given to them by the president on the issue of military action against Syria.

Republican speaker for the House, John Boehner, wrote a letter to president Obama on Wednesday. He requested that the president “clearly articulate” his plans, policy and strategy on the issue to both the public and Congress.

"I have conferred with the chairmen of the national security committees” he wrote “who have received initial outreach from senior Administration officials, and while the outreach has been appreciated, it is apparent from the questions above that the outreach has, to date, not reached the level of substantive consultation."

Syrian president Assad who has denied accusations against him of being responsible for the chemical attacks, has said that "Syria, with its steadfast people and brave army, will continue eliminating terrorism, which is utilised by Israel and Western countries to serve their interests in fragmenting the region."

He also promised to fight against any “western aggression.”

Babylon’s Patriarch  of the Chaldeans Louis Raphael Sako, head of the most significant Christian community in Iraq has said that military intervention in Syria would be "a disaster. It would be like a volcano erupting with an explosion meant to destroy Iraq, Lebanon, Palestine. And maybe someone wants this."

He continues: "everyone is talking about democracy and freedom, but to reach those goals one must pass through historical processes and one cannot think of imposing them in a mechanical way or with force. The only way, in Syria, as elsewhere, is the search for political solutions. To push fighters to negotiate, to imagine a provisional government that involves both those of the regime and the opposition forces. Listening to what the Syrian people really want in their majority."

"Westerners" says His Beatitude Sako "have also justified the intervention against Saddam with the accusation that the Iraqi Rais had weapons of mass destruction. But those weapons have not been found."