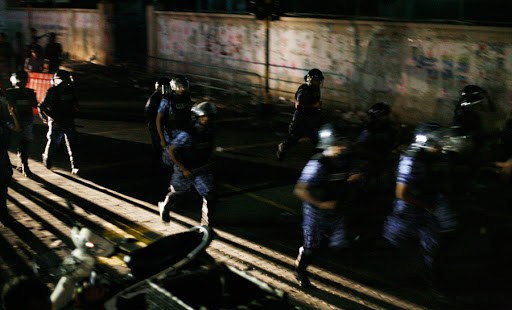 Indian security officials said on Friday they have arrested one of the country’s most wanted terrorist suspects.

Indian security officials said on Friday they have arrested one of the country’s most wanted terrorist suspects, thought to be the mastermind behind a string of bombings that claimed more than 200 lives.

Yasin Bhatkal was arrested crossing the Nepal-Indian border late on Wednesday in a joint operation by intelligence agencies and Bihar police, according to Home Ministry officials.

He was to be brought to the capital Delhi later on Friday.

Bhatkal, 30, an alleged co-founder of the Indian Mujahideen terror group, is wanted in connection with a series of deadly bomb attacks across India that killed dozens in Pune, Delhi, Ahmedabad and Hyderabad.

Indian authorities say Bhatkal’s capture is a major coup for the country’s intelligence agencies and one of the biggest arrests in years.

His arrest comes close on the heels of another prize catch earlier this month when Abdul Karim Tunda, an alleged bomb maker for Lashkar-e-Taiba, another Muslim terrorist group, was arrested.

“The arrest of Bhatkal and Abdul Karim confirm that the federal government is sincerely working to fight the terror menace,” junior federal Home Minister RPN Singh told ucanews.com on Friday.

Bhatkal, whose real name is Mohammad Ahmed Zarar Siddibappa, hails from southern Karnataka state and was on India’s list of 12 most wanted terror suspects.

He got the name 'Bhatkal' after the small town in Karnataka where he was born.

Federal Home Ministry officials quoting Mumbai police sources said Bhatkal is also alleged to have played an active role in a series of blasts in 2006 on trains in Mumbai which killed 187 people and injured more than 700.

Former federal home secretary, R K Singh, said Bhatkal was a key motivator, bomber and organizer all rolled into one.

"His arrest is a big success as the terror mastermind was able to give security services the slip more than once," he said.