The West Should Examine Its Own Conscience Before Intervening in Syria, Says Armenian Priest 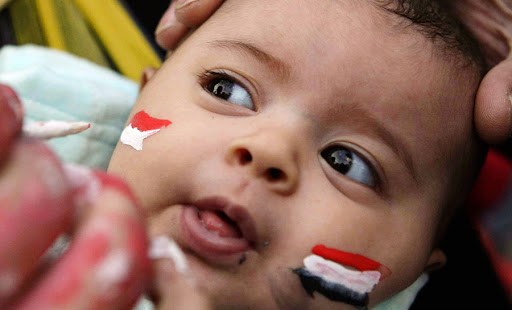 What comes first, the right to life or the right to freedom? Too many lives have been lost in the defense of freedom, Msgr. Georges Noradounguian tells Aleteia.

As Western powers decide whether to intervene militarily in the Syrian crisis, the Editor of Aleteia's Arabic edition Tony Assaf interviewed Msgr. Georges Noradounguian, Rector of the Pontifical Armenian College in Rome, on his perspective of the situation.

Where does the situation stand in Syria?

Public demonstrations for freedom began over two years ago. At the time, the government argued that it was a conspiracy. Then we passed through another phase of reforms. The government responded positively to these reforms, but today there’s no more talk of reforms. Then there was talk that the system had to fall to make way for a democratic system. On the ground, however, we see "democrats" who enjoy cutting off the heads of their opponents, eating the hearts of faithful soldiers, firing on truck drivers who don’t know the morning and evening prayers. Then it was said that the president must go, while the system could remain.

Today there’s no longer about freedom, or democracy, or reform, or about the system or even about the president. Rather, there is a talk of a blow aimed at the core of the political and military power in Syria. The President may remain, the system may remain, but not with this level of power. It needs to be weakened. In the Christian faith, we speak of the mysteries of faith. Here we can speak of the mysteries of war: we’ll never understand the how and why of the war in Syria.

There are so many interests fought for, and human life is not among them. Human life serves as a pretext for many interests, and it is the first thing to be sacrificed for the sake of those interests. I would venture to ask a provocative question: if Syrian forces had attacked Iran with chemical weapons, would the reaction of the international community today be the same?

Do we know anything more about the situation regarding Father Kayyal and the bishops who have been kidnapped?

Concerning Fr. Kayyal and the bishops who were kidnapped, I am also waiting to hear something new. There are many other instances that should tell and reassure us that this war is being fought for the sake of freedom and democracy. But despite of all the means of communication and contacts with all the fighters in the field and all the interest which provide us with further information, they’ve failed to find any trace or clue to follow. The only thing they manage to do is to arm themselves more and more. Fr. Dall’Oglio also disappeared in an area controlled by those who had accepted and defended the need for democracy in front of everyone. Another mystery of the politics involved in Syria is that the “democrats” don’t even succeed in defending their heroes.

It seems that the West is preparing for an attack on Syria. Why doesn’t the West seem to see the reality of the situation?

The West understands it well. It is sensitive to the concepts such as freedom, democracy, terrorism and dictators. Everything is commendable. The problem is not always clear to everyone that these sacred ideas can be abused for political gain, and often we realize too late that the support given to wars for freedom and democracy was misplaced and actually achieved the opposite objectives.

From the time the war on terror was declared, terrorism has been spread even further. From the time we began to speak about the danger of the extremists, they have multiplied and spread everywhere. From the time talk of dictatorial, totalitarian systems began, we’ve gone from petty dictators on a smaller scale with more limited negative consequences, to a time and place of large scale dictators with catastrophic consequences. There is a totalitarianism that is imposed with force against one’s own citizens, and then there are totalitarian regimes that impose themselves on countries and entire populations, through economic and military power, by planning and financing wars and infinitum, and by delineating red lines: the use of chemical weapons or weapons' mass destruction. So, a war that has lasted for more than two years with 100,000 victims isn’t a problem for anyone and has been allowed to continue.

Do you have a message for the West on how to act?

A word to the West: Make a serious examination of conscience; reread the wars of the last 20 years and learn the lesson from them. Were these wars consistent in their goals and results? Is Iraq free and democratic? Are there no more victims? The war of Iraq, however, is not the only one to re-examine; I cited it as an example. Are there less victims now, after the war in Iraq and after the fall of the regime, than at the time of the dictator? Naturally I’m not in favor of dictators. But my question as a Christian is this: Is the one million casualties and the destabilization of a country really the only way and the only price to be paid for getting rid of a dictator? Another question to ask oneself during the examination of conscience: what comes first, the right of life or the right of freedom? So many wars and human lives have been wasted for the sake of freedom …