Another Pope Praying and Pleading for Peace 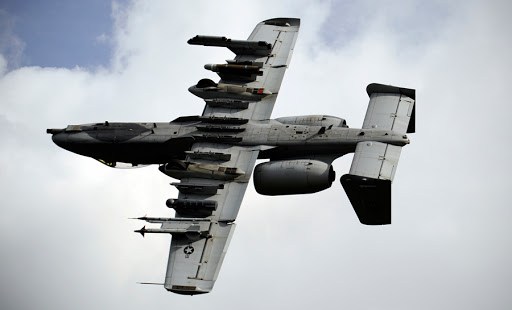 Pope Francis has emerged as one of the most important and forceful opponents to U.S. military intervention in Syria – and it puts him right in line with his predecessors.

As the Obama administration has threatened military action against the Syrian government in retaliation for the alleged use of chemical weapons against innocent civilians, Pope Francis has emerged as one of the most important and forceful opponents to U.S. military intervention in Syria. He has called military action in Syria "futile" and led a global day of prayer and fasting for peace in Syria and around the world which, in addition to events around the world, culminated in 100,000 people attending a prayer vigil in Rome. We asked our Aleteia Experts what they thought of Pope Francis' bold stance.

"I'm very pleased that Pope Francis is speaking publicly about such things," says Paul Griffiths, Warren Professor of Catholic Theology at Duke University Divinity School. "It's part of his job description to do so: he is almost the only voice on the world stage not compromised by captivity to the interests of a particular state."

Bill Donohue, president of Catholic League for Religious and Civil Rights, is unsurprised at Pope Francis' response. "All popes can be expected to advocate a peaceful solution to world conflicts, so in one sense there is nothing new in Pope Francis’ remarks urging restraint dealing with Syria."

"The Catholic Church understands the necessity of involvement in 'just wars,' and has enumerated specific criteria to justify the use of force. But it is presumptively opposed to war, and never seeks it as a first remedy to conflict."

Donohue also sees Francis filling a vacuum on the world stage. "It is wise for Pope Francis to speak to the prudential issues involved, and his leadership is especially needed in a time when the absence of leadership is so glaring in many parts of the democratic world."

Fr. Thomas Berg, Professor of Moral Theology at St. Joseph’s Seminary in Yonkers, NY, also sees Pope Francis filling an important role in world politics. "It has become the prerogative of any Pontiff to burst upon the world stage and insist on a peaceful and diplomatic resolution to any conflict. […] [The Pope has a] firm belief in the power of 'encounter and dialogue' as a humanizing force in the world. And seeing the leadership vacuum on the world stage, he was impelled to step right into it, and did so with great effect."

Sister Dolores Liptak, R.S.M., Professor of Church History at Holy Apostles College and Seminary, particularly appreciates Pope Francis' call to prayer. "He asked simply that all who heard his message regarding the impending 'war' pray and fast for God's will to be done. He asked for nothing more; he simply spoke of the devastation that war has always involved and sought, as an answer, the only non-violent way to respond to what was seemingly about to happen–this because of the unilateral decision of, as it turned out, just one political leader. […] All he asked for, I repeat, was a spiritual response, centered on prayer."

Sr. Liptak interprets the recently proposed plan for Syria to hand over its chemical weapons as an answer to the prayer led by Pope Francis. "As is now evident, what he asked for produced an amazing, almost miraculous result, one that has befuddled every leader, and yet one that has produced the result he (and some of them) wanted. War talk, for now, is ended. The prayer vigil worked. War, for now, is suspended. How can I say that what he did failed to achieve the effect he asked for?"

Catholic author John Zmirak agrees with Pope Francis' position, but emphasizes that it is a prudential judgement, and thus not infallible or absolutely binding on the faithful. "In this case, I think it's a very good thing. But it must not create a precedent of always deferring to popes on matters where they may be mistaken–where popes have been mistaken in the past, for instance in endorsing crusades."

"Setting aside the startling irony of the most pro-abortion American administration claiming to stand up for innocent life, especially that of children," says Thomas Jodziewicz, Professor of History at the University of Dallas, "the late, awkward rush to launch a 'shot across the bow' of a participant in a war that has claimed c. 100,000 lives is incoherent and simplistic."

"Pope Francis' voice is simple: American leadership, rather than playing to a lingering American preference for massive military 'pin pricks' that demonstrate to the rest of the world an American bravado that causes even more innocent deaths, should provide an example of engaged, international dialogue for peace. Such conversations are not examples of celebrated frontier justice but rather gestures toward a selflessness that a powerful nation might offer to the prodigals."

Jodziewicz thinks Pope Francis offers an important reminder to a modern world that has lost touch with its ideals. "Mercy and forbearance might not be a typical ingredient of geopolitical realism in a disenchanted world, and perhaps even remind some of a tattered idealism which offered an example of a national founding in an appreciation of natural rights to a curious world. We perhaps go out too often to slay those dragons that are far more resilient than we would hope. The vicar of Christ speaks truth to American power that will… make the entire region a far more effective killing-field of the innocent."

James Likoudis, President Emeritus of Catholics United for the Faith, also draws a clear distinction between the response of the Church and the response of the Obama administration. "The Catholic hierarchy in Syria and other Christian leaders have been definitely opposed to such intervention and especially on the part of a nation (the U.S.) whose Obama administration has pursued a pro-radical Islamist foreign policy ignoring the persecution of Christians that has been going on for years."

"[A] president whose domestic program is in shambles and his foreign policy a disaster deserves no confidence with respect to an intervention that does not directly threaten the national security of the U.S. As Pope Francis noted in continuity with his Papal predecessors who have always urged peace rather than war, other methods of dealing with Syria’s violation of human rights are to be preferred and used."

A Long Line of Popes for Peace

"This is nothing new," says Griffiths, "Benedict XVI and John Paul II both several times made such comments during their papacies; the latter made special efforts, for example, to dissuade George W. Bush from the invasion of Iraq in 2003."

"[H]e is voicing clearly a position which every Pope since Paul VI has taken, which is that war is a horror and that our goal as human beings, certainly, and as Catholics particularly, is to do everything we can to avoid it. That is a message he needs to send and we need to receive."

Ronald J. Rychlak, Professor of Law at the University of Mississippi School of Law, also see Pope Francis' actions in continuity with his predecessors. "Leading up to WWII, Pope Pius XII urged peace and avoidance of war. He condemned the use of poison gas. He did not assign blame or condone wrongdoing (which has led to much unfair criticism), but he regularly led prayers for peace, and he offered his services to broker an early end to the war. Pope Paul VI opposed the war in Vietnam. On his first visit to the United States in October 1965, he pleaded for peace before the UN… John Paul II opposed the invasion in Iraq, though he did not assign blame by calling it an unjust war. Francis is right in line with his predecessors, and that is a good place to be."

Zmirak is concerned some of the rhetoric of recent popes could be misleading, though. "I'm troubled by the increasing use of pacifist rhetoric by popes, instead of language reflecting the traditional teaching on just war. Emotive cries like Paul VI's 'Not war, never again!' give the false impression that the Church is against all violence, even in self-defense against genocide, for instance. Endorsing pacifism is like endorsing universal celibacy or the end of private property–it's an attack on the conditions that make earthly life possible. If the Church taught absolute pacifism it would discredit the Church completely. And rightly so."

Bill Donohue is the president of Catholic League for Religious and Civil Rights.

Thomas Jodziewicz is a Professor of History at the University of Dallas.

James Likoudis is a former college instructor in History and Government and is president-emeritus of Catholics United for the Faith.

Sister Dolores Liptak, R.S.M., is a Professor of Church History at Holy Apostles College and Seminary.

Ronald J. Rychlak is Mississippi Defense Lawyers Association Professor of Law at the University of Mississippi, School of Law.