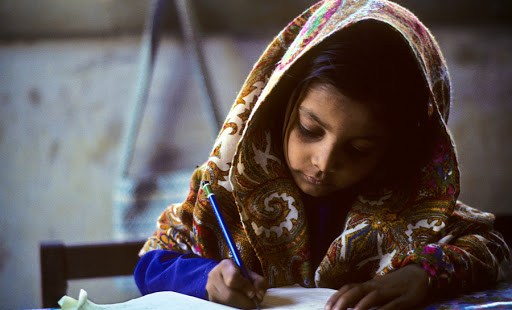 Education and interpersonal interaction offer the best hope for change in the situation between Israel and Palestine, young students said at a recent panel.

Education and interpersonal interaction offer the best hope for change in the situation between Israel and Palestine despite challenges facing those in the region, young students said at a recent panel.

“When you live under occupation, you come to accept things you shouldn't accept,” Lubna Alzaroo, a Muslim graduate of Bethlehem University and Fulbright scholar studying at the University of Washington, said Sept. 9 at the D.C. event.

“Education is our best way for liberation,” Alzaroo added, echoing her father's parting words to her when she left to go to the United States.

She noted, however, that even this hope is threatened by the current political situation.

Peace talks between Palestine and Israel were put on hold in 2010 over the issue of Israeli settlements in the West Bank, which are considered illegal under international law. Dialogue resumed in late July of this year in D.C., but with signs of tension beginning to emerge over discussions involving decades-old border lines.

Also speaking on the recent student panel were Nagib Kasbary, a Christian and 2013 graduate of Bethlehem University, and Naor Bitton, a Jewish Israeli graduate of Hebrew University in Jerusalem and a Fulbright Scholar at the University of Minnesota.

Bethlehem University is the first university founded in Palestine's West Bank. The college is run by the De La Salle Christian Brothers, serving both Christian and Muslim Students.

The panelists spoke at a conference titled “Religious Freedom & Human Rights: Path to Peace in the Holy Land – That All May Be Free,” hosted by the Catholic University of America. The event was co-sponsored by the university as well as the U.S. Conference of Catholic Bishops and Catholic Relief Services.

Alzaroo explained that her education in Palestine was “uncertain,” because it was at the mercy of violence and political situations: she had to pass through checkpoints to make it to and from class.

Passing through these checkpoints was a process dictated by security threats, and included anything from simply walking through to full-body searches. She explained that she nearly missed entrance exams at the university because of a closed checkpoint.

“We don't have the freedom to move about as we want,” she explained, adding that “a lot of people had to let go of their dreams” because of the difficulty of pursuing an education.

Because of the difficult situation facing education in Palestine, “we can't get our own graduates to come back and teach,” she said.

Kasbary agreed with Alzaroo's take, saying that the Palestinian people “don't want to put up with this anymore,” and that “those who can leave do leave.”

He posited that the conflict is not a religious one, but a political one, pointing to interreligious cooperation throughout the West Bank, particularly in Bethlehem University. Kasbary said that “we are less than one percent, but that doesn't mean that we are a minority” among the Muslim-majority territory, though he noted that it was “very important for the Catholic Church to keep supporting” Christians in the Holy Land.

Instead, he pointed to checkpoints, laws restricting access to holy sites, even for Holy Days, and the expansion of settlements into Palestine as the root of the problem.

Bitton agreed that settlements “are the biggest obstacle to peace,” saying that they promote “religion as extreme,” and encourage extreme responses.

Still, even with these difficulties, Bitton encouraged Palestinians to use official avenues to gain access, because he said it would help moderate the perception of Palestinians among Israeli citizens.

He also encouraged Israeli and Palestinian young leaders to reach out to one another to enact change.

“I wish the Imam and the Cheif Rabbi of Jerusalem met when they were 25 – not the first time they saw an Israeli soldier.” He explained that if people met younger, they would understand and work with each other more efficiently. Interpersonal change and interaction “can lead to a push” for political action.

“This is the future: think about who has the most interest to change things where they live – the people who are going to stick around for another 60 years.”