Pope Francis and the “Leprosy” of Careerism 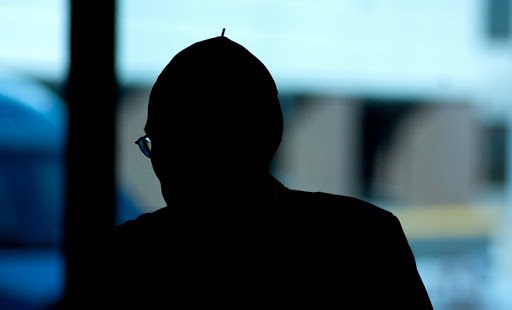 Pope Francis has rightly condemned ambition for Church positions, but his criticism could also apply outside the Church. Are you doing your work out of love for God?

Well up on the list of things Pope Francis abhors is religious careerism. “Careerism is leprosy. Leprosy! Please, no careerism,” he exclaimed in a talk last June to young priests in training for the Vatican diplomatic service. It’s a theme he sounds often and with deep conviction.

As well he might. But the problem is more complex than at first might appear. Indeed, there’s another side to this particular coin, one I’ll get to in a minute. But first, careerism.

Anthony Trollope understood it extremely well. Trollope, who lived from 1815 to 1882, was one of that gifted group of British Victorian novelists whose ranks included authors such as Dickens, Thackeray, and George Eliot. Among the works of this prodigiously prolific writer is a series of four novels known collectively as the Barsetshire Chronicles. They depict clerical life in rural England during the middle years of the 19th century, painting a portrait that’s often funny, sometimes sad, and always deeply human, with clerical careerism never far from the surface.

The best known of these books is the second, Barchester Towers. At the center of the story is the memorable figure of the Rev. Mr. Obediah Slope, a young Anglican clergyman who is the very embodiment of religious careerism. Of him Trollope writes: “Though he can stoop to fawn, and stoop low indeed, if need be, he has still within him the power to assume the tyrant; and with the power, he has certainly the wish.”

What follows is the story of how Slope sets the placid diocese of Barchester on its ear through a remorseless campaign to fulfill that wish. To be sure, Obediah Slope is a character in a story, yet people like him exist for real. They’re the ones Pope Francis is talking about – and warning against imitating – when he speaks of religious careerism.

It’s a problem for the clergy, certainly, but not only for them – especially not these days, when growing numbers of lay women and men pursue careers in the institutions of the Church. Self-seeking and self-promotion, cutting corners to get ahead at the other guy’s expense – these things are not peculiar to people in the clerical state.

At the same time, concern to avoid careerism should allow for a decent measure of ambition and the desire to do a good job. Surely it doesn’t justify that other bane of religious institutions – sloppiness, laziness, a general lack of professionalism, sometimes smugly rationalized by saying, “This is a church, not a multilateral corporation” – as if that were an argument that excused bad work.

In short, legitimate resistance to careerism mustn’t be allowed to obscure the spiritual value of good and honest work done to the best of one’s ability in a religious setting as much as a secular one. Granting all that, though, how can someone take a genuinely positive approach to work and career without lapsing obliviously into careerism or something resembling it?

The answer, of course, lies in motivation: do the work for the love of God, family, and  neighbor. That should be the motive for work done in any setting, but it applies especially to work done in a religious institution because of its obvious capacity to add to – or else disastrously subtract from – the institutional witness to faith.

Here’s a suggestion: if you haven’t read it lately, take a look at the “spirituality of work” powerfully laid out in Blessed John Paul II’s remarkable 1981 encyclical, Laborem Exercens. Nothing could be farther removed from careerism than that.