Another Papal Interview: The Top 10 Most Important Quotes 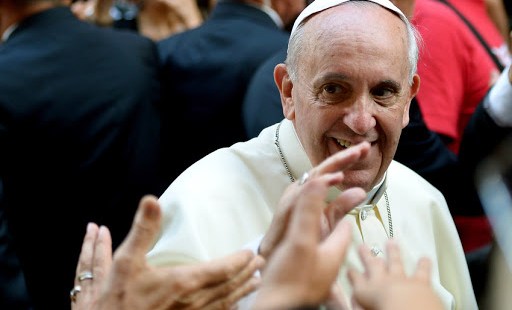 Here are the top 10 most important quotes from the interview:

– Youth unemployment and improper care of the elderly are two of the most urgent problems in our world today:

"The most serious of the evils that afflict the world these days are youth unemployment and the loneliness of the old. The old need care and companionship; the young need work and hope but have neither one nor the other, and the problem is they don't even look for them any more. They have been crushed by the present. You tell me: can you live crashed under the weight of the present? Without a memory of the past and without the desire to look ahead to the future by building something, a future, a family? Can you go on like this? This, to me, is the most urgent problem that the Church is facing."

"To a large extent that awareness is there, but not sufficiently. I want it to be more so. It is not the only problem that we face, but it is the most urgent and the most dramatic."

"Proselytism is solemn nonsense, it makes no sense. We need to get to know each other, listen to each other and improve our knowledge of the world around us. Sometimes after a meeting I want to arrange another one because new ideas are born and I discover new needs. This is important: to get to know people, listen, expand the circle of ideas. The world is crisscrossed by roads that come closer together and move apart, but the important thing is that they lead towards the Good."

"It is love of others, as our Lord preached. It is not proselytizing, it is love. Love for one's neighbor, that leavening that serves the common good."

Your Holiness, you said that you have no intention of trying to convert me and I do not think you would succeed.

"We cannot know that, but I don't have any such intention."

"I believe I have already said that our goal is not to proselytize but to listen to needs, desires and disappointments, despair, hope. We must restore hope to young people, help the old, be open to the future, spread love. Be poor among the poor. We need to include the excluded and preach peace."

– Pope Francis calls the court of the Vatican "the leporsy of the papacy":

"The real trouble is that those most affected by [narcissim] – which is actually a kind of mental disorder – are people who have a lot of power. Often bosses are narcissists"

Many church leaders have been.

"You know what I think about this? Heads of the Church have often been narcissists, flattered and thrilled by their courtiers. The court is the leprosy of the papacy."

The leprosy of the papacy, those were his exact words. But what is the court? Perhaps he is alluding to the curia?

"No, there are sometimes courtiers in the curia, but the curia as a whole is another thing. It is what in an army is called the quartermaster's office, it manages the services that serve the Holy See. But it has one defect: it is Vatican-centric. It sees and looks after the interests of the Vatican, which are still, for the most part, temporal interests. This Vatican-centric view neglects the world around us. I do not share this view and I'll do everything I can to change it."

Were you seduced by Communism?

"[My teacher's] materialism had no hold over me. But learning about it through a courageous and honest person was helpful. I realized a few things, an aspect of the social, which I then found in the social doctrine of the Church."

"Yes, many of its members were Argentines."

Do you think it was right that the Pope fought against them?

"It certainly gave a political aspect to their theology, but many of them were believers and with a high concept of humanity."

– He says he had a mystical experience after being elected pope:

"For example, when the conclave elected me Pope. Before I accepted I asked if I could spend a few minutes in the room next to the one with the balcony overlooking the square. My head was completely empty and I was seized by a great anxiety. To make it go way and relax I closed my eyes and made every thought disappear, even the thought of refusing to accept the position, as the liturgical procedure allows. I closed my eyes and I no longer had any anxiety or emotion. At a certain point I was filled with a great light. It lasted a moment, but to me it seemed very long. Then the light faded, I got up suddenly and walked into the room where the cardinals were waiting and the table on which was the act of acceptance."

– Everyone has a soul, even if the person doesn't believe in the soul:

Do you feel touched by grace?

"No one can know that. Grace is not part of consciousness, it is the amount of light in our souls, not knowledge nor reason. Even you, without knowing it, could be touched by grace."

Without faith? A non-believer

I do not believe in the soul.

"You do not believe in it but you have one."

– Why he loves St Francis of Assisi, and how the Franciscan order is a model for the Church:

"He's great because he is everything. He is a man who wants to do things, wants to build, he founded an order and its rules, he is an itinerant and a missionary, a poet and a prophet, he is mystical. He found evil in himself and rooted it out. He loves nature, animals, the blade of grass on the lawn and the birds flying in the sky. But above all he loved people, children, old people, women. He is the most shining example of that agape we talked about earlier."

"Francis wanted a mendicant order and an itinerant one. Missionaries who wanted to meet, listen, talk, help, to spread faith and love. Especially love. And he dreamed of a poor Church that would take care of others, receive material aid and use it to support others, with no concern for itself. 800 years have passed since then and times have changed, but the ideal of a missionary, poor Church is still more than valid. This is still the Church that Jesus and his disciples preached about."

– He wants to implement Vatican II's vision of dialogue:

"Vatican II, inspired by Pope Paul VI and John, decided to look to the future with a modern spirit and to be open to modern culture. The Council Fathers knew that being open to modern culture meant religious ecumenism and dialogue with non-believers. But afterwards very little was done in that direction. I have the humility and ambition to want to do something."

– On the need to reform the hierarchy:

I think love for temporal power is still very strong within the Vatican Walls and in the institutional structure of the whole Church. I think that the institution dominates the poor, missionary Church that you would like.

"In fact, that is the way it is, and in this area you cannot perform miracles. Let me remind you that even Francis in his time held long negotiations with the Roman hierarchy and the Pope to have the rules of his order recognized. Eventually he got the approval but with profound changes and compromises."

"I'm not Francis of Assisi and I do not have his strength and his holiness. But I am the Bishop of Rome and Pope of the Catholic world. The first thing I decided was to appoint a group of eight cardinals to be my advisers. Not courtiers but wise people who share my own feelings. This is the beginning of a Church with an organization that is not just top-down but also horizontal. When Cardinal Martini talked about focusing on the councils and synods he knew how long and difficult it would be to go in that direction. Gently, but firmly and tenaciously."

"Personally I think so-called unrestrained liberalism only makes the strong stronger and the weak weaker and excludes the most excluded. We need great freedom, no discrimination, no demagoguery and a lot of love. We need rules of conduct and also, if necessary, direct intervention from the state to correct the more intolerable inequalities."

Read the interview in full on the La Repubblica website.