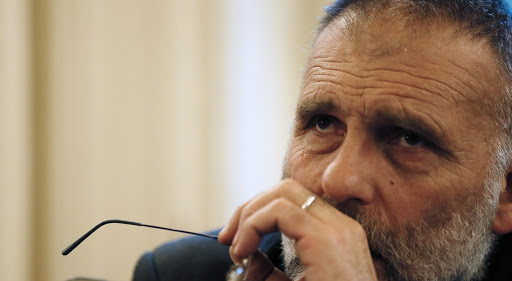 More than two months after he was snatched in Syria, the peace advocating Jesuit priest is supposedly being treated well by his abductors.

Khalaf, a Syrian anti-regime journalist and activist who is based in the North of Syria, has refused to reveal the names of his sources for “fear of reprisals.”

“Fr. Paolo Dall’Oglio is alive and is being treated well by his kidnappers” says Khalaf.

He claims that the men who abducted the priest over two months ago “are members of the Islamic State in Iraq and the Levant (ISIS) extremist group.” Khalaf was informed by sources with al-Qaeda affiliations who are closely tied to the extremist ISIS militants.

Apparently Fr. Oglio was seen by the unnamed sources entering into an ISIS area of North Syria. However Khalaf did not reveal the exact location.

Fr. Paolo Dall'Oglio is a 58 year old Roman-born Jesuit who had been restoring the Catholic monastery ‘Mar Musa’ (Monastery of St Moses the Abyssinian) in Northern Syria for 31 years. The monastery was also a centre for Islamic-Christian dialogue. Then in 2012 Fr. Oglio was expelled from Syria due to his open criticisms of president Bashar al-Assad and his regime. However this did not stop the Jesuit from returning regularly to rebel controlled areas of the country.

His last trip into Syria was with a view to negotiating a peace deal between Kurdish and Jihadist groups. He was walking along a public street in Raqqa city on 28 July when he was abducted by a band of militants.

According to Aki-Adnkronos International the Syrian National Coalition had publicly expressed their concern for his welfare and appealed to activists to come forward with any information that could lead to determining Fr. Dall’Oglio’s whereabouts and condition.