A Syllabus of System Failures 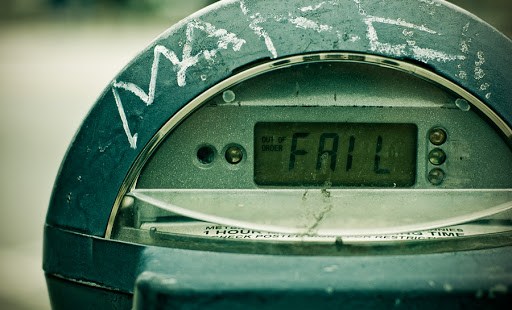 From education to healthcare to even the basic functioning of government, America seems to be breaking down. Is there another way?

Several years ago, I stood in line at a Hertz rental counter and pondered the breakdown of complex systems. I had just flown into an airport that serves a large, southeastern American city. It was midday, and the line at Hertz wasn’t particularly long; when I got there I was number eleven. There were three people behind the counter, but only one knew anything about the computerized reservation system, and this afternoon that system wasn’t working. And so I waited, along with a growing congregation of weary and increasingly frustrated travelers. In the end, it took me an hour and a half to get to the car I had reserved a month earlier.

In the big scheme of things, the incident at Hertz was a minor annoyance, but it occurred to me while waiting that the collapse of any complex system always begins with minor perturbations, detectable only at the margins of consciousness. Unless something intervenes to restore the system’s state, those wobbles deepen into wild oscillations that consume the thing itself until it comes to a shuddering, shrieking halt. Think of spinning plates slowing before their final death-wobble, or the tiny steering wheel shimmy that warns of wheels out of alignment. I saw the 90-minute wait at Hertz as a kind of warning wobble, not for the company itself but for the nation. If we can’t get rental cars right, I thought, we’re in trouble.

Any complex system is by definition a “system of systems.” The human body, for example, is a complex system made up of various subsystems: circulatory, digestive, skeletal, and so on. The stability of any given subsystem affects each of the other subsystems, and as a consequence, the meta-system as a whole.  If the renal system fails, for instance, it has profoundly negative effects on the cardio-pulmonary, endocrine, and nervous systems, and ultimately threatens the survival of the body.

Nations are complex systems too, and there are perhaps none more complex than the United States. And yet, nearly all of our subsystems are failing, with many well beyond the wobble stage of collapse. Look at our education system: we spend more per capita on education than most nations around the world, and yet American students rank sixteenth in basic literacy among developed countries, and much worse in mathematics and science. Infrastructure? The American Society of Civil Engineers gives us a D grade and estimates that an unlikely $3.6 trillion would need to be spent on our roads, bridges and tunnels by 2020 just to keep up. The crisis in healthcare is universally acknowledged, despite disagreements about how to fix it. Americans are getting sicker and dying earlier than citizens of other developed nations, and they’re spending more and more of their disposable income to do it.

Our economic system isn’t working either. Income and asset inequality have recently reached levels not seen since the Great Depression. Unemployment and underemployment remain high, tens of millions have actually left the workforce, and a large percentage of available jobs are in low-wage, low-prospect service industries. The financialization of the economy enabled by bank deregulation has, in the words of one former director of the Office of Management and Budget, turned the country into a “giant casino.” The boom and bust cycle of the 19th Century, so effectively staunched during the fifty-year period from the 1930s to the 1980s, is now back, as we lurch from one economic crisis to the next. Since 2008, only the Federal Reserve’s program of “quantitative easing” – buying American Treasuries in massive chunks – has kept our economy afloat. Corporate balance sheets appear to be healthier than ever, and of course the stock market has been on an historic tear. But it’s all a massive, debt-fueled bubble that could pop at any time.

But perhaps no system in American life is more broken than our politics, particularly in Washington. The level of dysfunction and partisan, even personal animosity we are witnessing this very week isn’t a sign of health, but of collapse. Every system requires a stock of some kind – an input – in order to fuel its internal process and produce the desired output. A system without a stock has no purpose and must ultimately fail. Historically, the stock that fueled the American political system was legitimacy, conferred by the “consent of the governed.” But under the influence of competing ideologies, special interests, and above all money, that legitimacy is being choked off, and the system it once fed is dying before our eyes.

The purpose of this brief essay isn’t to offer a detailed account of the systemic failure now upon us, nor is it to suggest specific solutions to the problems hinted at above. Instead, I would like to propose a general answer to the question, “How did we come to this?” And to do so, I turn to the Church, which “does not have technical solutions to present but, as an expert in humanity … offers to everyone the teaching of the sacred Scripture on the truth about man and proclaims the Gospel of Love and justice.”

The Catechism of the Catholic Church insists that “[h]uman society can be neither well-ordered nor prosperous unless it has some people invested with legitimate authority to preserve its institutions and to devote themselves as far as is necessary to work and care for the good of all” (#1807).  Legitimate civil authority is invested with both the negative responsibility to protect against evil, as well as the positive responsibility to work for the common good, which Blessed Pope John XXIII defined as “the sum total of social conditions which allow people, either as groups or as individuals, to reach their fulfillment more fully and more easily.”

According to Pope Emeritus Benedict XVI, all citizens have a responsibility to work toward the common good in accordance with their station in life, not just public officials. “To desire the common good and strive towards it is a requirement of justice and charity,” he wrote in Caritas in Veritate.  “To take a stand for the common good is on the one hand to be solicitous for, and on the other hand to avail oneself of, that complex of institutions that give structure to the life of society, juridically, civilly, politically and culturally, making it the pólis, or ‘city’. The more we strive to secure a common good corresponding to the real needs of our neighbors, the more effectively we love them. Every Christian is called to practice this charity, in a manner corresponding to his vocation and according to the degree of influence he wields in the pólis. This is the institutional path – we might also call it the political path – of charity, no less excellent and effective than the kind of charity which encounters the neighbor directly, outside the institutional mediation of the pólis.”

We have arrived at our current state of systemic failure because we – all of us – have forgotten or abandoned the pursuit of the common good, and in so doing we have rewarded public officials for doing the same. We have made idols of the collectivist state or the atomizing market, forgetting that these impersonal forces ought to be at the service of persons, not the other way around. We have nurtured false identities – Republican, Democrat, liberal, conservative – and given them primacy in our consideration of public policy options and candidates for public office. Most of all, we have uncritically embraced the philosophical liberalism that Pope Paul VI defined as “an erroneous conception of the autonomy of the individual in his activity, his motivation and the exercise of his liberty.”

The good news is that we can begin doing things differently, today, and in so doing perhaps provide the state-change that will restore our national system to equilibrium. The key, it seems to me, is solidarity, a vital concept in Catholic Social Teaching, which Blessed Pope John Paul II defined as “a firm and persevering determination to commit oneself to the common good; that is to say, to the good of all and of each individual, because we are all really responsible for all.”