Calm Down: Pope Francis Has Not Abandoned “Conservatives” 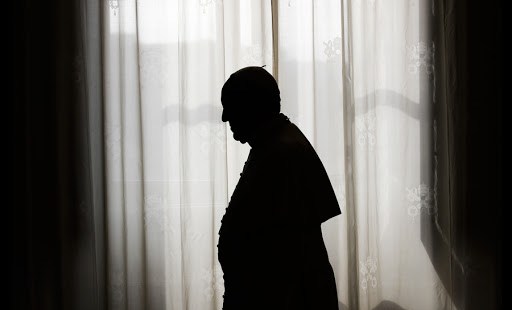 The media obviously have a narrative they want to present. Our experts warn faithful Catholics not to buy into their labels or hype.

So Pope Francis is an internet mega-celebrity. But who is he impressing?

“In the eight months since he became pope, Francis has won affection worldwide for his humble mien and common touch. His approval numbers are skyrocketing. Even atheists are applauding. But not everyone is so enchanted. Some Catholics in the church’s conservative wing in the United States say Francis has left them feeling abandoned and deeply unsettled.”

From “who am I to judge?” to “proselytism is solemn nonsense”, Pope Francis has had his fair share of controversial statements in the short eight months he’s occupied the Holy See. And while there have been a wide range of reactions, as the Times article documents, it certainly does seem that some of the Church’s most faithful adherents are the ones most upset.

We asked our Aleteia Experts what they think of situation between Pope Francis and the American Church’s “conservative wing”.

Many of our experts reject the conservative/liberal categories when it comes to describing lay Catholics or Pope Francis.

“There is no such thing as a ‘liberal Catholic’ and ‘conservative Catholic’ as regards what one believes is essential in the the Church for salvation,” says Fr. C. John McCloskey, Church historian and Research Fellow at the Faith and Reason Institute in Washington DC. “Either you are in or you are out.”

Paul Gondreau, Professor of Theology at Providence College, points out that the categories break down when one tries to apply them to Catholic doctrine. “Since Catholic doctrine is both ‘liberal’ and ‘conservative,’ I don’t find these terms particularly helpful in defining this or any pope, especially since they’re so politically charged anyway. Pope Francis provides a good case in point. Socially he would be branded a ‘liberal,’ but theologically he appears rather ‘conservative’; but even this categorization breaks down in his case, since his theology is the source of his social liberalism.”

Ronald Rychlak, Butler Snow Lecturer and Professor of Law at the University of Mississippi School of Law, acknowledges that there are different factions within the Church, but that the Church is large and where people fall isn’t always clear-cut. “Novelist and poet James Joyce once wrote of the Catholic Church: ‘here comes everybody.’ It’s a big tent, and as much as we may want to resist labels, there are political divisions within all organizations, including the Catholic Church. Some Catholics like guitar Masses while others want only Latin Masses. Most of us are somewhere in the middle.”

Author John Zmirak uses other terminology he thinks better describes the factions in American Catholicism. “I prefer terms like ‘progressive’, ‘orthodox’ and ‘traditionalist’, which connect more directly to doctrinal issues.”

“Let’s use the ‘Goldilocks Spectrum’: Progressive Catholics think that Vatican II was too cold–it didn’t go far enough, it was a truncated revolution which needs to be popped back into the microwave. Traditionalists found Vatican II too hot, and want to drop some ice cubes into the porridge. Self-described orthodox Catholics typically think that Vatican II got things just right. I think that Pope Francis is a mild progressive, who wants to warm things up a bit. He’s not going to boil it over, or change Church teaching.”

Dennis Bonnette, who taught college philosophy for forty years before retiring in 2003, thinks similarly to Zmirak. “[T]he terms ‘liberal’ and ‘conservative’ as applied to Catholic belief itself are terms misappropriated from political dialogue, lacking any legitimate theological use. The correct theological terms are ‘orthodox’ and ‘heterodox,’ where the former means ‘right teaching, that is to say, teaching in conformity with Church doctrine,’ and the latter means ‘teaching not in agreement with Church doctrine.’”

Thomas Jodziewicz, Professor of History at the University of Dallas, points to how Pope Francis has identified himself. “He identifies himself simply as a loyal son of the Church, an orthodox believer and a sinner. If only such a straight-forward and honest self-identification were enough.”

Whether or not one accepts political labels for the Church, it’s clear that a number of faithful Catholics have been upset by some of what Pope Francis has said and done.

Author and commentator Fr. John Bartunek points out that few people are seriously questioning Francis’ orthodoxy and says those made uncomfortable by his methods should let themselves be challenged. “Most of the faithful Catholics who are criticizing Pope Francis seem to be doing so as regards his methods – no one doubts that he adheres to the fullness of Catholic doctrine and morality. Pope Francis is approaching the Church’s mission from a different angle than we are used to in the States. Some of his comments and interviews have definitely made us uncomfortable. But more than that, I think his approach has challenged some of our presuppositions about how the Church should be fighting to re-Christianize our post-modern culture.”

Ronda Chervin, Professor of Philosophy at Holy Apostles College and Seminary, admits she’s been challenged by Pope Francis. “At first I was very upset by certain statements. However, as a result of counsel of other very Magisterial Catholics, and my own prayer, I have come to the conclusion that the best way for me to understand Pope Francis is that he is ‘The Father of the Prodigal Son’ taking us, ‘the older brother’ as always safe with him, and reaching out to the dissenters and to others with mercy. Any ‘prodigals’ that return need to find as many of us older brothers as possible in the parishes to “speak the truth with love.”

Professor Emeritus of History at St. Louis University James Hitchcock thinks Pope Francis has been imprudent at times but also that those Catholics who are expressing frustration publicly are making the situation worse. “Pope Francis has been incautious in making what appear to be off-the-cuff remarks. In the case of the interview with the Italian journalist it is likely that he did not even say some of the things attributed to him. Certainly the Holy See needs to be more circumspect in that regard. However, it is both imprudent and rash for ‘conservative’ Catholics to rush to judgment on these matters. We know that liberals will seize on every opportunity to enlist the pope on their side. Orthodox Catholics should not abet that process.”

Beware of the Mainstream Media

Almost all the information Catholics are receiving about Pope Francis comes filtered through secular media outlets, many of whom are hostile to the Church – and several experts think this is important to remember.

“[T]he mainstream media’s interest is not necessarily to unify the Church and that its coverage is frequently divisive,” says Fr. Anthony Giampietro, CSB, Academic Dean and Executive Vice President of St. Patrick’s Seminary. “The details of what the Pope has done are probably reported accurately. The context and the potential substance of what he has said or done have not be adequately reported.”

Gondreau agrees but also thinks Pope Francis has made himself vulnerable. “[T]he secular media most definitely quoted Pope Francis out of context and formulated hysterical headlines to serve their agenda of driving the Church to change her doctrines. In the main, the coverage in the the secular media has been wildly inaccurate and deliberately manipulative, especially in response to the two journalistic interviews he did. At the same time, the Pope gave these journalist lines that easily allowed for misrepresentation and confusion, especially in the hands of secular journalists.”

Austin Ruse, president of the Catholic Family and Human Rights Institute (C-FAM), thinks the public complaining coming from faithful Catholics feeds the media narrative. “Of course the New York Times is deeply interested in driving a wedge between faithful Catholics and our Shepherd in Rome. We should not allow this to happen. As far as I can tell, it’s only marginal figures who are complaining and getting quoted. The proper response of a faithful Catholic is first to strive to understand and then to explain and perhaps defend. The improper one is to attack the Holy Father and give aid and comfort to those who seek our disunity.”

On the other hand, Peter Wolfgang, Executive Director of the Family Institute of Connecticut, sees the media attention as an opportunity. “The secular media’s twisting of Pope Francis’ words are not an occasion for hand-wringing but an opportunity for evangelization. The world has momentarily taken its fingers out of its ears and listening to what the Church has to say. Let us seize the chance Pope Francis has given us to correct the record, share the faith and win new converts to the cause of life, marriage and religious liberty.”

If Pope Francis is orthodox, what should be made of politicians who have cited him against Church teaching?

“A rule: do not attribute to malice what you can reasonably attribute to inattention or to stupidity,” says Anthony Esolen, Professor of Literature at Providence College. “[P]eople who use Pope Francis as a sudden excuse for supporting what is not even logically conceivable (that a man can marry another man) should be excommunicated only if it can be demonstrated that they are able to think rationally for more than thirty seconds at a time. That protection does not apply to people like Nancy Pelosi, since, even though they never come close to that standard of thirty seconds, they have been warned for years against the evil they have supported. Dullness is no excuse for disobedience.”

Bonnette agrees. “Clearly, those who take papal statements out of context to justify their own deviations from Church doctrine risk the sin of culpable ignorance at best, and willful misrepresentation at worst. Even the least investigation on their part would have shown that he has never intended to sanction same-sex unions, abortion, or contraception.”

And so does Zmirak. “Citing this pope to justify heretical statements or actions is either stupid or merely cynical. Nothing he has said or done could support dissent from the Church’s teachings. People know better, and when they say otherwise they are simply lying.”

Fr. John Bartunek, LC, is an author of The Better Part: A Christ-Centered Resource for Personal Prayer and other books. He has contributed news commentary regarding religious issues on CNN, Fox, and the BBC and has appeared on Larry King Live, Hannity, and the Laura Ingraham radio show.

Dennis Bonnette taught Thomistic philosophy for over 40 years and is the author of Origin of the Human Species. His website is drbonnette.com.

Ronda Chervin is a Professor of Philosophy at Holy Apostles College and Seminary.

James Hitchcock is an author, lecturer, and Professor Emeritus of history at St. Louis University.

Thomas Jodziewicz is a Professor of History at the University of Dallas.

Fr. C. John McCloskey is a Church historian and Research Fellow at the Faith and Reason Institute in Washington DC. His personal website is http://www.frmccloskey.com.

Austin Ruse is president of the Catholic Family and Human Rights Institute (C-FAM).

Ronald J. Rychlak is the Butler Snow Lecturer and Professor of Law at the University of Mississippi School of Law.

Peter Wolfgang is the Executive Director of the Family Institute of Connecticut. He holds a Juris Doctorate from UConn School of Law and is a member of the Connecticut Bar.