Can the Catholic Church Save the Black American Community? 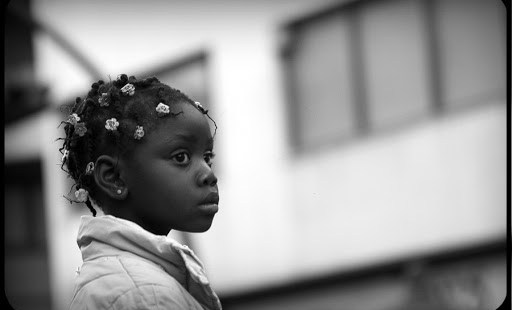 Black communities are falling apart, and organizations who claim to help are making things worse. Is the Catholic Church willing to step up to the plate?

I started a conversation in an earlier article about how the Lack of Racial Diversity in Mainstream Catholic Media can negatively affect the degree to which Catholic evangelization, through media, can penetrate an environment that already presupposes that Catholicism is just for Whites. Ending that article, I promised to look next into exactly why it is that mainstream Catholic media doesn’t look very universal in the United States. But before I get there, I would like to insert a little more color onto the canvas I’m painting here as we observe Black Catholic History Month this November.

According to a recent report submitted to the United Nation’s Human Rights Committee by the Washington, D.C.-based Sentencing Project – a group that advocates for prison reform – Black American males are not only more likely to be arrested, convicted, and face stiffer sentences; they are also are six times more likely to be incarcerated than White males and 2.5 times more likely than Hispanic males. The reports states that if current trends continue, one of every three Black American males born today can expect to go to prison sometime in their lifetime, as can one of every six Latino males – compared to one of every seventeen White males.

According to the Guttmacher Institute (here and here), which is a non-profit and semi-autonomous reproductive research division of the Planned Parenthood Federation of America, even though Black women account for less than 14% of the total female population in the United States, they are the ones having 30% of all surgical abortions.  One out of every three Black children conceived is being surgically aborted. That number rises in large cities, such as New York, where that number approaches two out of every three.

Being that nothing happens in a vacuum, there are a number of contributing factors that help to create this great disparity of prenatal infant deaths in the Black American community. The first among those factors is the statistic that Black women lead in the number of unintended pregnancies at 69%.  Contributing to that number is the finding that 85% of women having abortions were unmarried (including 45% who were never married and 29% who were cohabiting). Further contributing to both of those statistics is the finding that income plays a vital factor when it comes to surgical abortion.  Women who live in either poverty or have low incomes have 69% of all abortions. Just over 60% of Black American households live in poverty or have low incomes compared to just 36% of all American households.

Having laid out all of those statistics, it would seem to go without saying that 72% of Black American children are being raised in single family homes.

Now let us turn to look at those institutions that have historically claimed to be proponents and champions of improvement in the Black American community – namely the Black Protestant church, the National Association for the Advancement of Colored People (N.A.A.C.P.), the Urban League, and the Democratic National Committee (who have enjoyed the overwhelming electoral support of the Black community over the past seventy-seven years).

If the statistics above are a true reflection of the genocide and the complete failure of the family that is going on in Black America right now, then it follows to say that all of the above organizations have utterly failed that community.  They all have earned an “F” grade due to seemingly disingenuous effort to uplift the people they claim as constituents.

Another organization that has failed the Black community is the Catholic Church – not because it claimed it as its own only to end up harming it further, but rather, precisely because the Church did not claim it as its own.

The Catholic Church seems to have passed off the Black American community onto the Black Protestant church, as a husband who doesn’t fight for his wife when another man comes to steal her away. The Catholic Church seems to have settled for having a few schools in urban areas and being more concerned with making student athletes than disciples of Christ.

The Black American community is a type of Africa; a continent in parts that has been plundered for centuries by so many countries without giving her anything back. For this reason; because all other suitors have completely failed the Black community, and were not even capable from the beginning of delivering the type of true and full help that it needs, the Catholic Church is now in an optimal position to tell this community what we believe, why we believe it, and how it would benefit them if they embrace it.

This community of which we speak is at a breaking point. It needs a new way, a way out of a terminal condition that it is not even aware of. In emergency response, the Catholic Church needs to fully commit to coming into this community and speak the truth to it about what is wrong, why it is wrong, and how we can overcome it together. The Black American community needs a doctor to give them an accurate diagnosis and treatment plan. The good news is that Catholic Church, with her fullness, Apostolic teachings, and Sacraments offers the precise chronic care plan that this patient needs.

Our teachings on family, marriage, sex, holy living, and life are not at all foreign to Black Americans, despite the fact that the praxis of it has been lost in more than enough places. Yet, if sincere interest and efforts to evangelize this community continues to be absent by the Catholic Church, then it either means that we do not believe in the Black American community, or we don’t believe in what we have to offer them – namely, Christ Jesus and the Sacraments.