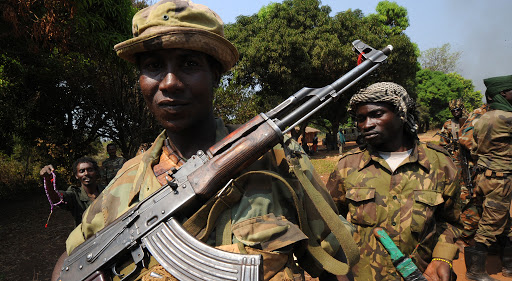 Two thousand villagers have found refuge in a Catholic mission, which was then subsequently attacked as well.

Tensions between Christian and Muslim groups in the Central African Republic have given way to violent and deadly clashes. Civilians on both sides of the conflict have been targeted and attacked, forcing thousands of villagers to flee their homes and take refuge elsewhere.

Two thousand of these have found refuge in a Catholic mission in the CAR. However, the mission itself is caught in the combat, cutting phone lines and communication.

The primarily Muslim Seleka rebel group ousted the CAR’s last president, Francoise Bozize, in March and created the current government. Though they disbanded the rebel group, remnants of its armed insurgents have continued the campaign against Christian communities. According to the BBC, “the Christian majority and Muslim minority always lived in harmony until March 2013.”

The attacks by the Seleka rebels prompted the creation of local armed forces to defend these villages. Noncombatants have been killed in the skirmishes between the persisting Seleka rebels and Christian defense militias known as the “anti-bilaki.” This has resulted in what U.S. Secretary of State John Kerry calls a “cycle of retaliatory abuses against civilians,” prompting many to flee their homes.

Ban Ki-moon, U.N. Secretary General, has stressed the need for U.N. peacekeeping forces to put a halt to the conflict. While peacekeepers may be sent soon, the region hopes to employ the resources of the Economic Community of Central African States, which currently has peacekeepers in play, and the African Union, which is scheduled to bolster their troops in the next month.

In his statement to the General Assembly, Ban Ki-moon described the situation in the CAR, saying, “elements of the ex-Séléka coalition continue to terrorize the population, with rampant looting, arbitrary arrests and detention, sexual violence against women and children, torture, targeted killings and the recruitment of child soldiers.”

The United States has promised $40 million in support to the regional peacekeeping mission for “logistical backing, non-lethal equipment, training, and planning support,” according to Kerry.

In the meantime, the hostilities, if unchecked, are headed towards genocide as the divide between Christian and Muslim communities grows.